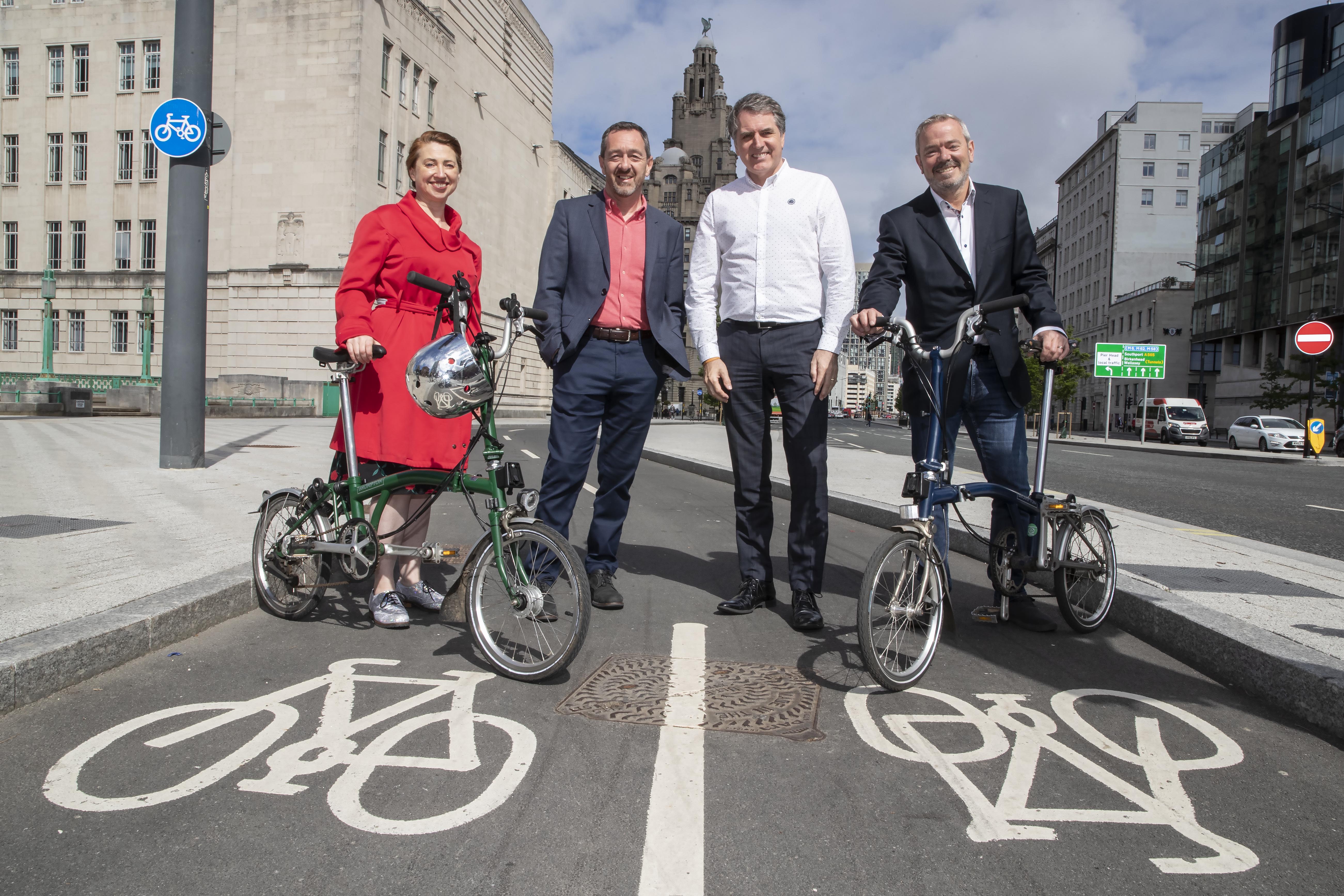 Outlining his ambition to make the region the best place in the country to walk and cycle, he said the new funding would be a down payment on the active travel network he has pledged to deliver for the city region.

Mayor Rotheram was speaking at the city region’s first Active Travel Summit, held at the Combined Authority’s headquarters in Mann Island and attended by advocates, community activists and policymakers.

The money will be used to create safe, segregated bike paths and footways and improve junctions across all six boroughs of the Liverpool City Region – Halton, Knowsley, Liverpool, Sefton, St Helens and Wirral.

“For far too long, many in our region have been forced to contend with a fragmented, under-funded public transport system that doesn’t offer them what they deserve - a quality alternative to the car – we’re putting that right.

“I want to start an active travel revolution here in the Liverpool City Region – one that offers better connected, green routes that will make it easier than ever for people to choose cleaner ways to travel. Across all six boroughs, we’ve invested millions to upgrade our walking and cycling routes to the rest of our network, linking entire communities up to areas and opportunities that before seemed out of reach.

“Not only will it do wonders for people’s health – but it’s a massive boost for our local environment too! The more we can encourage people to leave the car at home for shorter journeys, the better we can reduce congestion on our roads – massively improving our carbon footprint and the quality of the air we breathe. The Active Travel Summit is just the beginning of journey to building a healthier, cleaner city region, where no one is left behind.”

There will also be funding to deliver School Streets schemes which reduce traffic congestion and pollution at school gates during pick up and drop off times.

The package includes cash for low traffic ‘Liveable Neighbourhoods’, which recent research from Sustrans showed were supported by 69% of people in the city region.

There will also be a “mini-Holland” feasibility study to assess how parts of the region can be made as pedestrian and cycle-friendly as similar neighbourhoods in Dutch towns and cities.

The £12m has been unlocked from the government’s Active Travel Fund and comes in addition to the £30m already invested by the Mayor and Combined Authority in new walking and cycling infrastructure.

It is also on top of more than £200m from the City Region Sustainable Transport Settlement (CRSTS) committed to delivering highway upgrades, from carriageway resurfacing works to streetlights, that will support the improvement of cycling and walking routes.

This pushes the total amount of funding that will help deliver a strong Active Travel network across the Liverpool City Region to close to a quarter of a billion pounds.

"It’s fantastic to see these additional funds being awarded to the Liverpool City region, to really help us push forward with our plans to help people travel by bike or foot more safely and with confidence.

“It’s also an amazing opportunity to help change the way we think about travelling around our local area, including to and from schools.

“The kind of schemes that will be delivered by this funding will encourage people to get out of their cars and help to create a whole new generation of walkers and cyclists.”

Walking and Cycling Commissioner for the Liverpool City Region