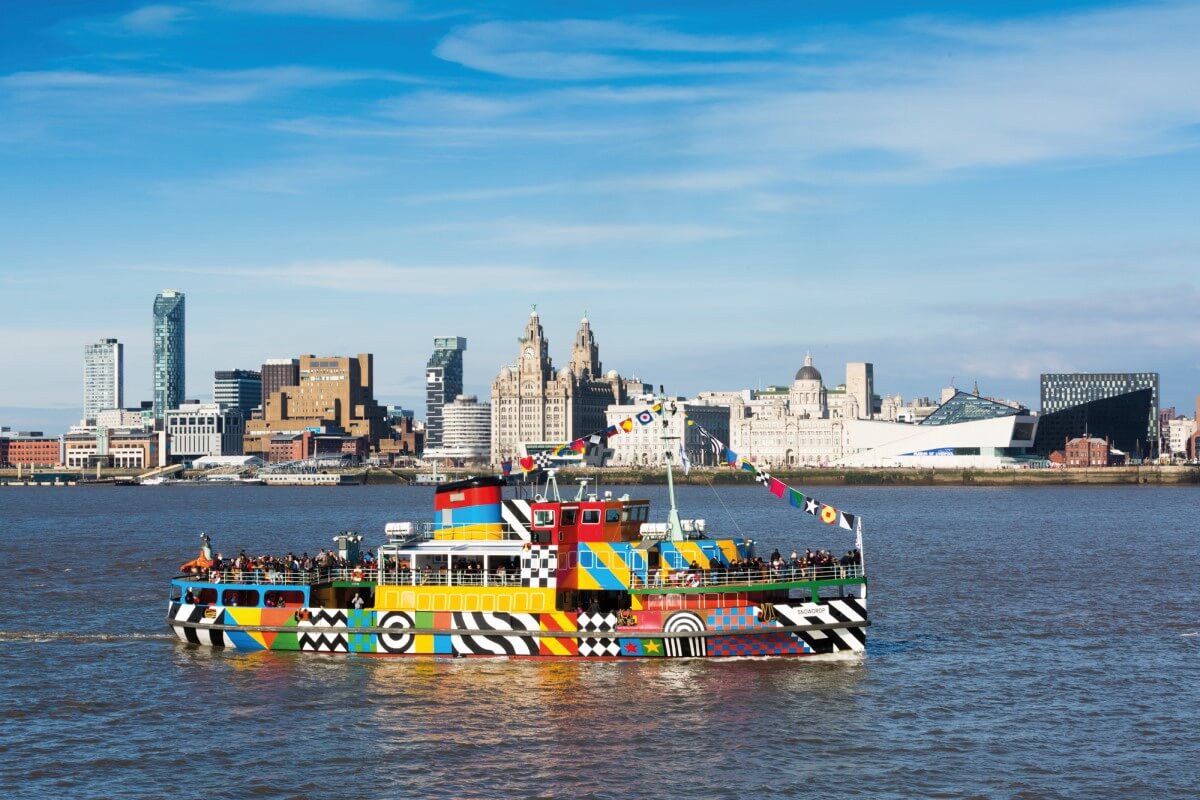 ​The eye-catching dazzle design on the Mersey Ferry Snowdrop is set to be retained, extending the life of Sir Peter Blake’s Everybody Razzle Dazzle artwork.

The Snowdrop was due to be returned to her original paintwork in the coming weeks, but she will now continue with the livery designed by the British Pop artist until she is taken out of service to make way for the new Mersey Ferry in the future.

The dazzle design was introduced in 2015 as part of an initial two-year long project led by Liverpool Biennial with 14-18 NOW: the UK’s arts programme for the First World War centenary and Tate Liverpool, which was later extended to four years.

Everybody Razzle Dazzle was created to mark the war centenary, inspired by designs on merchant navy vessels during the conflict intended to confuse the enemy. In 2018 it also helped celebrate Liverpool’s 10-year anniversary of European Capital of Culture.

The Dazzle Ferry has proved popular, attracting media interest nationally and across the world, with many group and school bookings insisting on using it during their trip.

The Snowdrop will have the dazzle livery renewed when it goes in for its regular out of water survey in February.

Plans for the new Mersey Ferry are well underway, with Metro Mayor Steve Rotheram announcing the start of the tender process just before Christmas.

And to help celebrate this year’s 60th anniversary of the two current ferries, The Snowdrop and The Royal Iris, Mersey Ferries will soon be launching an appeal for photos and memories connected to the ferries’ launches in 1959.

"It’s fantastic news that we will continue to see the Dazzle Ferry brightening up the river for the foreseeable future.

"It’s been a popular feature on the waterfront over the last four years and I’m sure it will continue to be up until the new Mersey Ferry comes into service."

"Everybody Razzle Dazzle is one of the city’s iconic public artworks. We are thrilled that, with the artist’s support, Snowdrop will remain dazzled until the end of its service.

"It has become a recognisable and much-loved feature of Liverpool’s Waterfront, alongside other sculptures by internationally-renowned artists, such as the recently-launched Liverpool Mountain by Ugo Rondinone on the Royal Albert Dock."