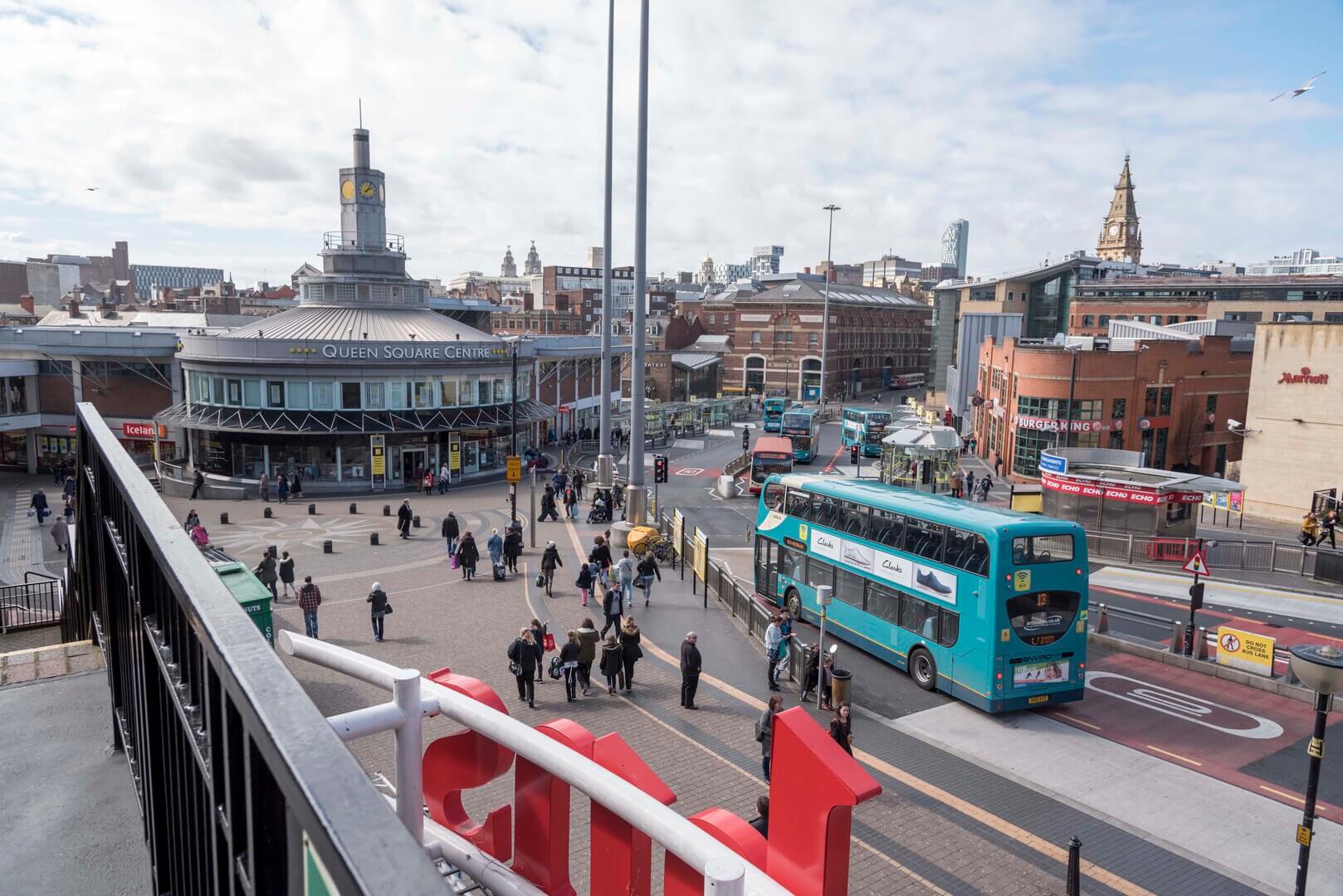 Bus users are being reminded that changes are coming to a select number of bus routes in Liverpool City Services from 24 January. While most people will see no change to their journeys, some passengers will need to board or alight their bus at a different stop.

Government guidance is currently to stay at home, but these changes to routes have been planned for several months and will still come into effect during this period of national restrictions.

The majority of bus services in the city centre will remain unchanged with more still being retained during morning peak travel times thanks to revisions driven by customer feedback from bus users received during an opportunity to comment held last summer.

The plans were put together in response to Liverpool City Council’s £45m City Centre Connectivity Scheme (LCCCS) and changes in road layout including on Lime Street and The Strand.

Boarding and alighting points for most services will generally be focussed in or around Queen Square and Liverpool ONE bus stations, with a frequent cross-city provision running between both bus stations for those who need it.

The LCCCS has been designed to make the city cleaner and more environmentally friendly, changing how traffic from cars, buses and bikes to pedestrians all move through the city, reducing congestion and improving air quality.

The scheme involves the radical redesign of major highways such as Lime Street and The Strand, new dedicated cycle lanes, more than 200 new trees, a new water feature by St George’s Hall, as a well as a new Bus Hub to accommodate layovers and change in services.

Full details of changes to bus services can be found at stops on affected routes and at https://liverpoolcitycentrebus.commonplace.is/

“With changes to some bus routes in the city centre coming in just a few weeks’ time, we want to remind passengers that may not be able to continue getting on and off the bus as they do right now.

“The vast majority of bus users will be able to continue to use services as they have in the past and will not see any change, but some services will terminate at a different bus station and some routes will no longer serve the same stops. More information on these route changes is available on signage on affected routes and online at liverpoolcitycentrebus.commonplace.is/

“I’d like to thank again all those passengers who helped shape these final plans with their feedback, which still support Liverpool City Council’s City Centre Connectivity Scheme and we share the vision for a transformed, cleaner, greener city centre and city region.”

“The road layout of Liverpool city centre has hardly changed in half a century – yet how we use it as a place to live, work, shop and enjoy has transformed beyond all recognition in the past two decades.

“The connectivity scheme addresses that amazing transformation and aims to put people at the heart of the experience of visiting and exploring our beautiful city. We want and need it to be a cleaner, greener and healthier city centre and walking and cycling are very much key to achieving this. Equally we need to rebalance how people arrive by bus and car and improvements to Lime Street, The Strand and Hanover Street will help us achieve that.

“We thank Merseytravel and the Liverpool Bus Alliance for their co-operation in working with us to make the journey into the city centre a more pleasurable and practical experience for their passengers.”