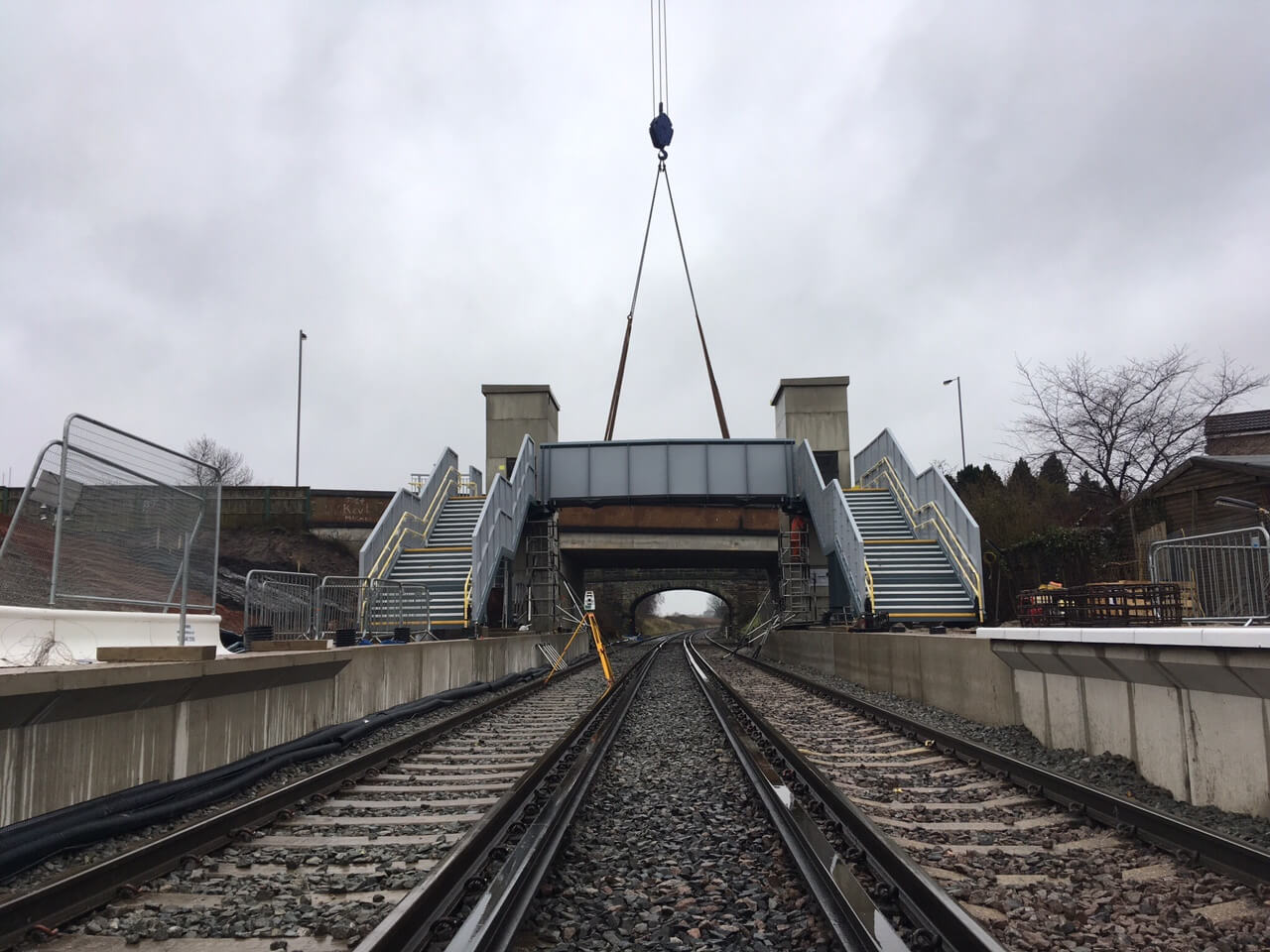 The scheme, which is being delivered by Network Rail on behalf of Merseytravel, began work on site in September 2017 and remains on schedule to open in May 2018.

The bridge and lift installation followed a 12-day upgrade programme over the festive period and further weekend works in the new year to install station foundations and platforms.

Over 17,000 hours were worked in total by Network Rail’s Team Orange with the help of a 500 tonne crane to install the station’s key elements. Work will soon begin on constructing the station building and car park.

A public drop-in session has been organised allow local residents to look at drawings and photos of the project and ask questions to members of the project team.  This will be held in the Function Suite at Maghull Town Hall on Tuesday 13 February from 4pm to 7pm.

“There’s been a lot of important work carried out over the last few weeks and it’s great to see that the station is now really starting to take shape.

“The Maghull North station scheme is a prime example of our Long Term Rail Strategy being put into practice.

"The new station will be of huge benefit to local residents, giving more travel options while playing a big part in helping the on-going development of Maghull in the coming years.”

“Maghull North station is an essential part of the £340m programme of railway improvements in the Liverpool City Region.

“We have completed an extensive amount of work over the past few weeks setting the station foundations and installing platforms, footbridge, stairs and lift shafts.

“This much needed investment, which sits within our Great North Rail Project, is vital to boost the local economy and transform train travel for passengers in Merseyside and beyond.”

The £13m scheme is being funded through the Government’s Local Growth Fund (LGF), Merseytravel and the Homes and Communities Association, which previously owned the land on which the station will be built. Network Rail is building the station, which will be operated by Merseyrail.