Don't show this to me again
banner background image

The active travel network is a planned system of walking and cycling routes which will make travelling actively in the Liverpool City Region safer and easier.

Two-thirds of all journeys taken in the city region are less than 5km, but right now around 50% of these are still taken by car. If more of these trips could be taken instead by active kinds of travel it would help to reduce carbon emissions and significantly improve air quality.

The high-quality, separated routes that will be built as part of the active travel network will make walking and cycling in the Liverpool City Region a safer and more attractive option, encouraging residents and visitors to take more short journeys by bike or on foot.

To date almost £500m has been committed to schemes which will make active travel more accessible – including funding for new and upgraded routes, improved lighting, signage and upgraded traffic junctions.

The completed network will cover more than 600km and stretch across all six boroughs of the Liverpool City Region – Halton, Knowsley, Liverpool, Sefton, St Helens and Wirral.

These routes will be complemented by a network of local cycling and walking routes, including residential streets and routes through green spaces, as well as by new secure cycle storage and improvement works to high streets across the city region.

The active travel network will not only be safe and easy to use, but as part of the Metro Mayor’s plans to deliver an integrated London-style transport network they will also be linked to bus routes, Mersey Ferries terminals and the Merseyrail network.

Our future plans for the active travel network 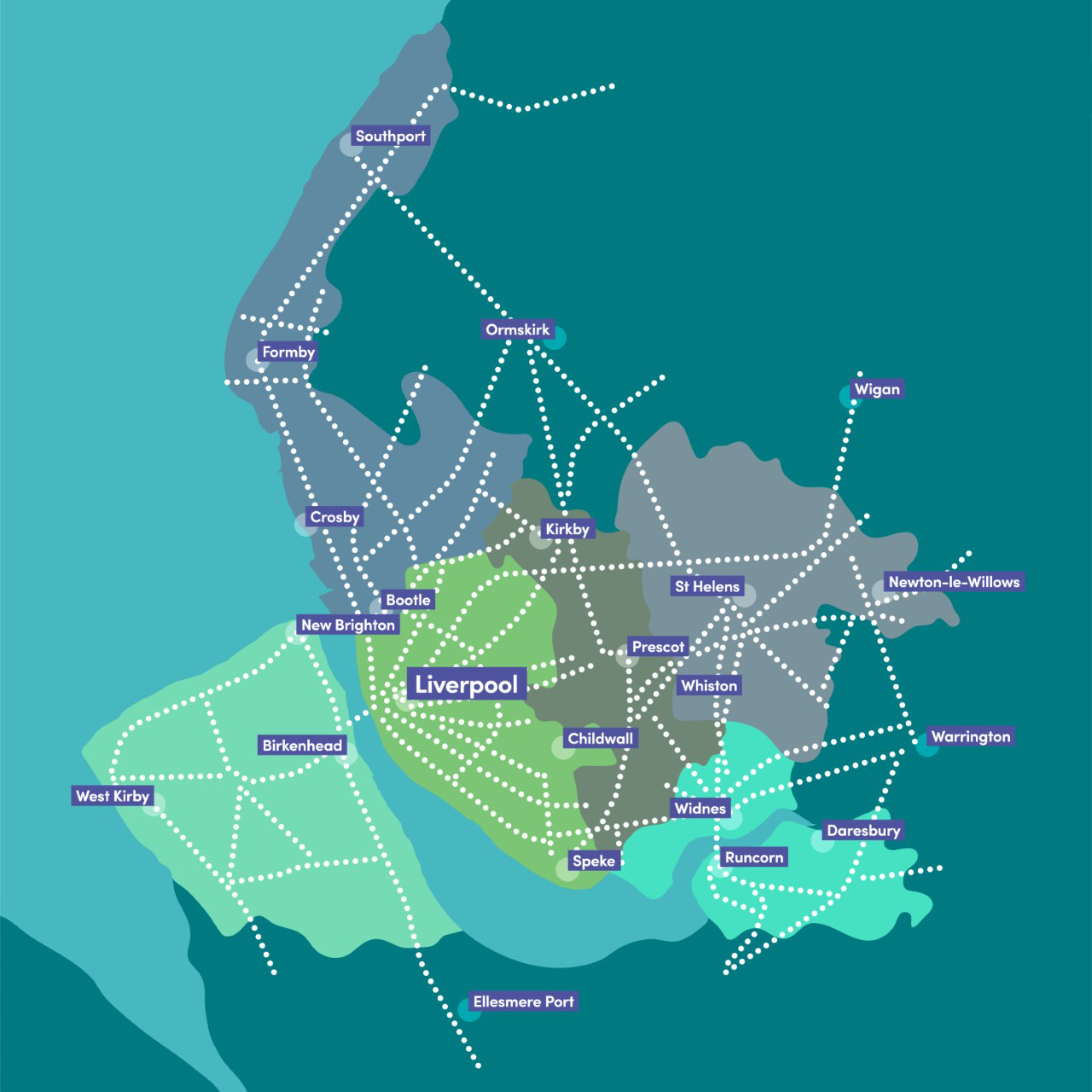