All aboard as Prescot Bus Station facelift completed 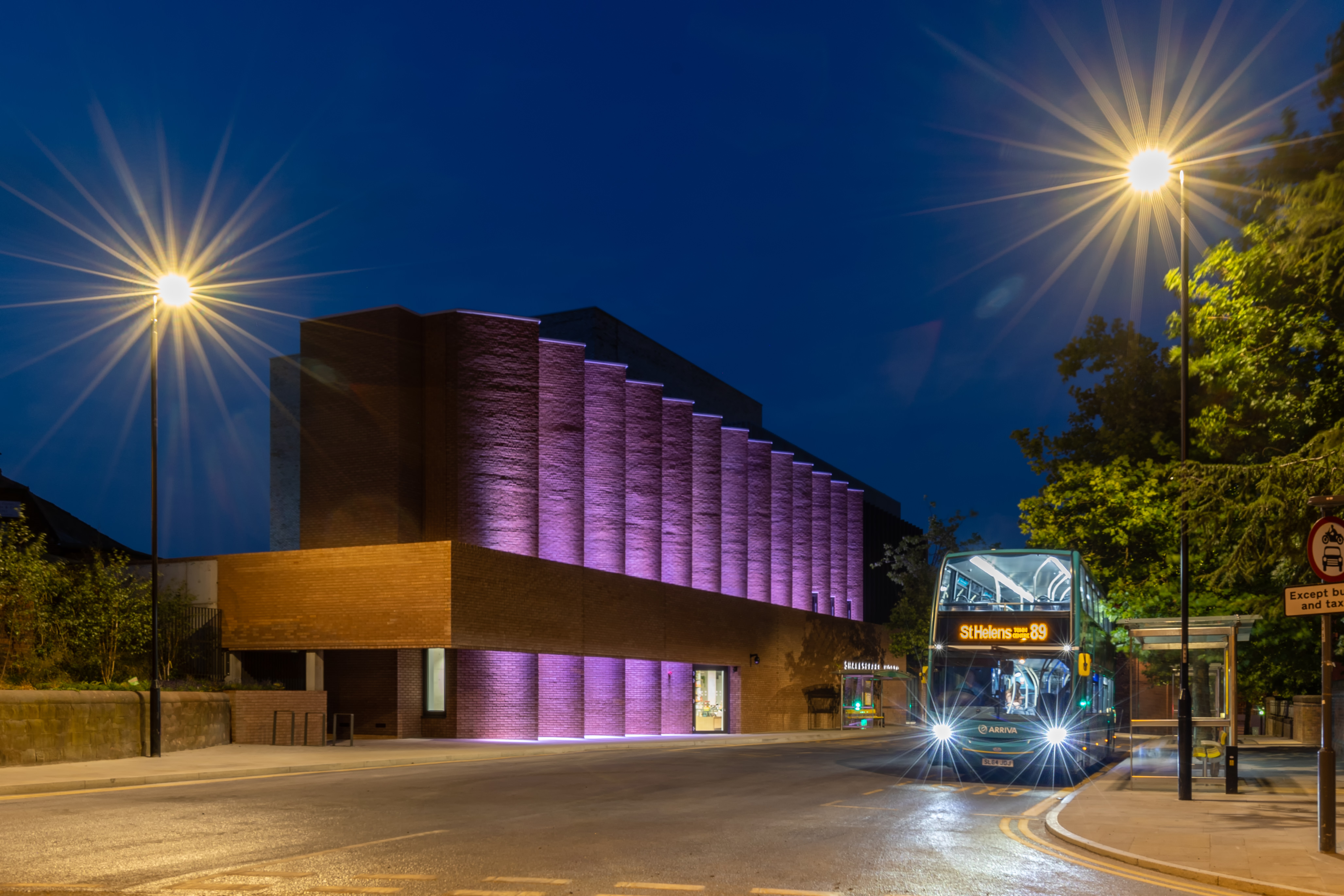 Bus journeys in Knowsley are now better than ever as the transformation of Prescot bus station, located outside of the prestigious Shakespeare North Playhouse, is complete.

Prescot has one of the Liverpool City Region’s busiest bus corridors, which is why the Combined Authority chose the town to be one of the first to benefit from its £32m Green Bus Routes programme that aims to make journeys quicker, cleaner, and better for passengers.

New bus shelters and street lighting have been introduced as part of the station’s upgrade to help make travel smoother and enhance the passenger experience. Improvements have been made to dropped crossings and signalised crossing facilities and all the footways and carriageway within the bus station have been resurfaced. There are also areas of heritage paving to link the area to surrounding parts of Prescot.

The latest improvements have been funded by the Liverpool City Region Combined Authority and Knowsley Borough Council.

It is hoped that, together with the £8m upgrade to Prescot Rail Station, completed in June 2021, this latest set of work will encourage more people to travel to and from the Playhouse and town centre by public transport.

Bus passengers are also benefitting from the new £2 bus fare for the Liverpool City Region.

Launched by Mayor Steve Rotheram, the reduced-price tickets will help residents save money during the cost of living crisis.

With 82% of public transport journeys in the region taken by bus, investing in improved services is a vital part of Mayor Steve Rotheram’s pledge to deliver an integrated London-style transport system for the Liverpool City Region that makes public transport cheaper, quicker and more reliable.

“Prescot is on an extraordinary journey of growth and, with new additions such as Shakespeare North, we’re expecting much higher numbers of people from across the North West to be travelling into the town, so it’s really important that we’re investing in the travel infrastructure to make sure it can keep up with increased demand.

“Buses are the backbone of our public transport system - they’re a lifeline for people in Prescot who rely on them to get about every day, which is why we’ve chosen it as the pilot for our new Green Bus Route.

"This is just the tip of the iceberg - we’ve invested £20m into the town’s wider transformation, helping to breathe new life into a town centre that had seen better days. Thanks to devolution, we’re helping give local people a high street to be proud of again!”

“The transformation of the Prescot bus station is the latest in a series of improvements and developments across the town.

"We’ve seen the major upgrade at Prescot railway station, public realm improvements and the installation of new wayfinding signage which are all making it easier for residents and visitors to travel here and make their way around.

"The improvements at the bus station reflect its higher profile as the entrance route to the fantastic Shakespeare North Playhouse.”

The Green Bus Routes programme is designed to transform bus journeys by improving punctuality  accessibility and air quality, while boosting the local economy.