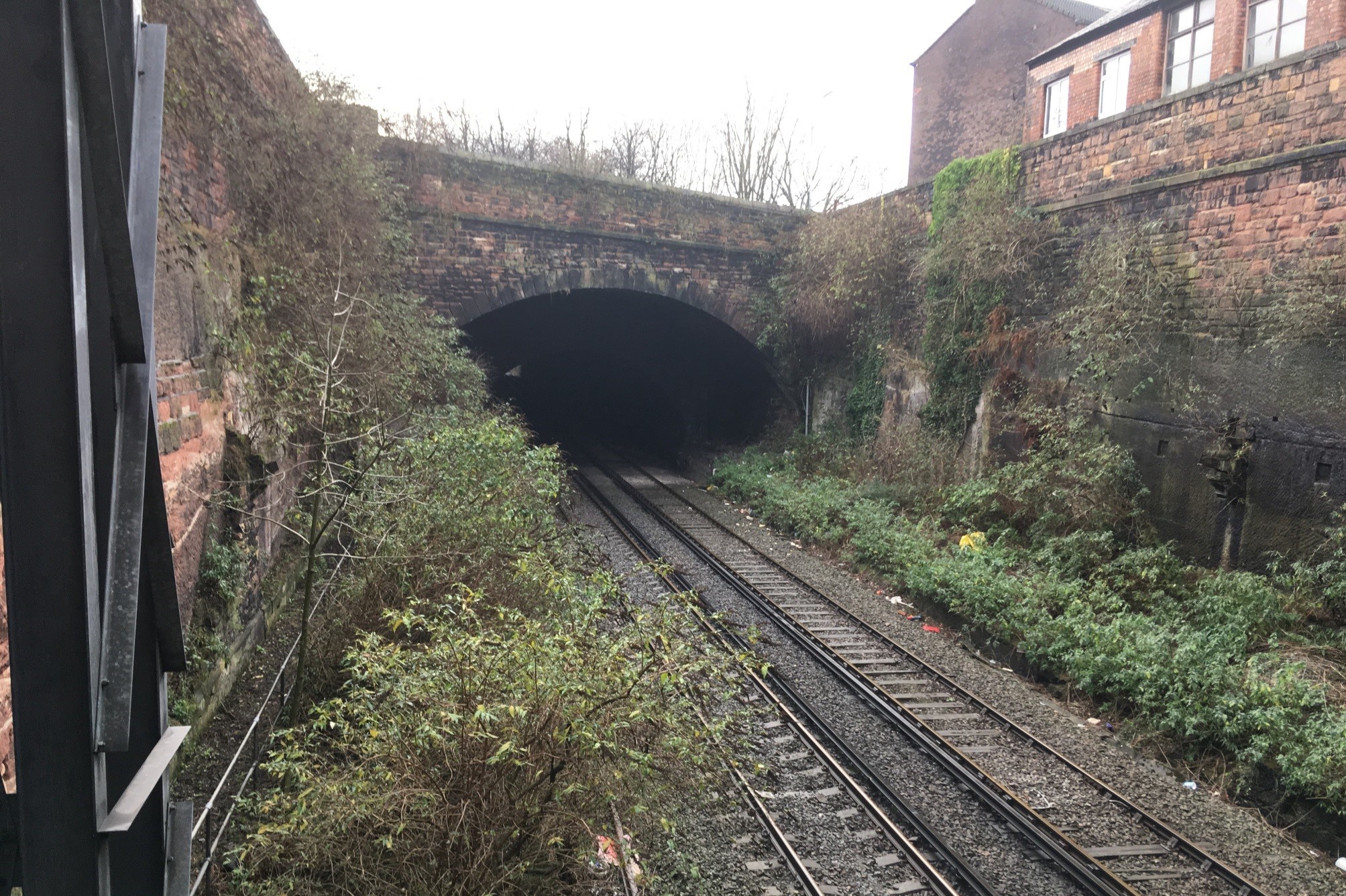 Liverpool’s Baltic Triangle area has been given a big boost as plans to build a new station have moved to the next stage thanks to a £1.5m investment by the Liverpool City Region Combined Authority.

Metro Mayor Steve Rotheram has pledged to build a new station on the site of the former St James station, which closed in 1917, which would be located in one of the fastest growing areas of the city, near to the former Cains Brewery.

Those proposals for the station on the Merseyrail network are a step closer thanks to two new developments – an agreement with Network Rail, worth £1.2m, to start the next stage of the design process, and the purchase of a plot of land adjacent to the railway cutting off Stanhope Street for £300k, protecting a potential future site for the new station ticket office building.

The Baltic Triangle area has undergone huge redevelopment in recent years. It is home to a diverse range of over 350 creative and digital industries, with over 1,000 apartments built since 2012 and future plans for at least 3,000 more, alongside the various popular creative and leisure facilities that have opened.

Giving commuters and leisure visitors to the area a direct connection to the Merseyrail network would help to reduce car journeys to the area, contributing towards reducing traffic congestion and aspirations to improve air quality across the city region.

Funding for the land purchase and the next design stage has come from the £175m Transforming Cities Fund which was announced at the September 2019 Combined Authority meeting. An additional application for funding has also been made for the station in the latest round of New Stations Fund.

The station also forms part of the Liverpool City Region Long Term Rail Strategy, a 30-year plan, which was updated in 2018.

“I’m working to deliver a London-style transport system across the city region that is quick, affordable and easy to use, as well as expanding our network so our communities can be better connected.

“The Baltic Triangle has undergone a radical transformation over the past decade and has become a fantastic place for people to live, work and enjoy themselves.

“While Coronavirus continues to have a huge impact on everyday life, I am determined to keep investing in our region’s economic recovery and I remain ambitious for our future. Today we’ve taken another step towards delivering a new station for the Baltic, which will help connect people with jobs, opportunities and the wider city region.”

“The Baltic Triangle’s development into one of the UK’s digital creative hotspots has been one of Liverpool’s great success stories of the past decade.

“This growth has created challenges on transport and Liverpool City Council has worked hard to invest in the area’s infrastructure, but we all know a new train station is vital for its future success and taking that development to the next level.

“This new funding is very welcome and outlines a commitment from all our partners have to ensure the Baltic Triangle can develop as a major economic engine for the city and wider region.”

“These latest steps towards re-opening St James station are incredibly promising and fantastic news for those who work in, live in and visit this increasingly vibrant part of the city.

“The COVID-19 pandemic is a very uncertain time for everyone, but I am pleased that, working with our partners, we are making positive steps towards providing a reliable and efficient rail service for everyone across the Liverpool City Region.

“Not only will this improve rail connectivity in the area, but it will also have a positive impact on the environment, reducing air pollution in the area by providing an alternative mode of transport.”

“There continues to be exciting times ahead for the Merseyrail network with plans for a new station at Liverpool’s Baltic Triangle quarter.

“The welcome investment by the Combined Authority will allow us to progress potential designs to help grow this economically important site and connect more people to jobs by rail.”