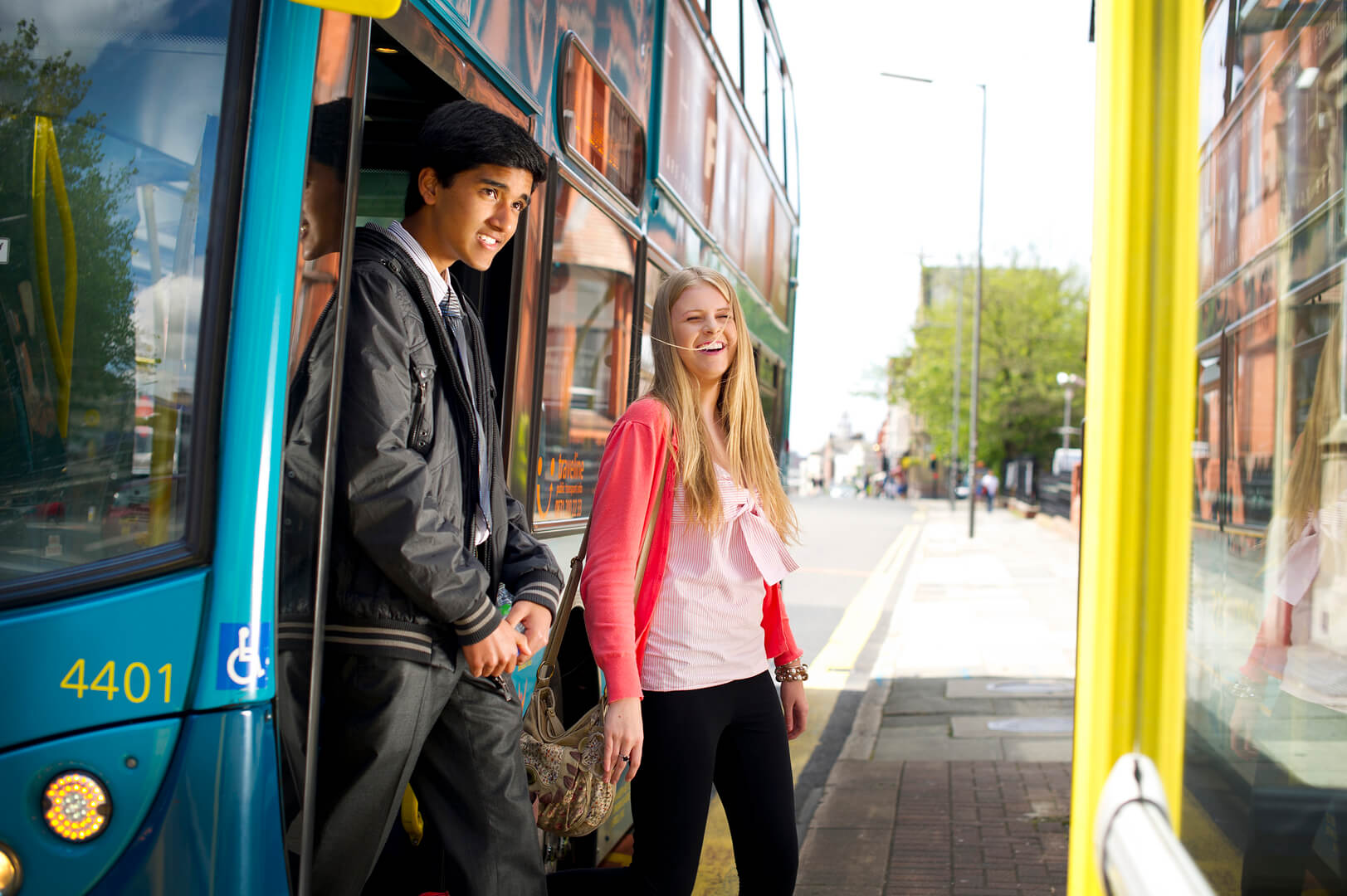 Passengers are satisfied with bus services in the Liverpool City Region for the second year running, according to annual survey results published by independent transport watchdog, Transport Focus.

Satisfaction among young people is on the rise too; 93 per cent of 19-21 year olds said they were satisfied with their bus journeys, up from 81 percent in 2016/17 and 10 per cent higher than all major cities outside of London.

Punctuality and reliability came out top in areas that passengers felt could be improved, something that is being tackled by a £25m investment in the region, with the aim of reducing congestion and roadworks in the city centre.

“Making bus travel attractive to young people has been a top priority over the last 12 months for the Liverpool City Region, so we’re delighted to see services score so highly.

“Thanks to the Bus Alliance, our young people are getting the best ticketing deal for bus travel than any other region outside of Greater London; with My Ticket giving them unlimited travel on any bus, any time, all the way up to their 19th birthday.

"Our new fleet is fitted with Wi-Fi and USB charging points too, making the on-board experience much more attractive to younger people and families with young children

“We also know from national research, that cleanliness is really important to young people when considering travelling by public transport so we’ve invested in a new cleaning regime, after the morning peak ready for the day ahead.

"We’re really pleased to see our cleanliness score has increased to 87 per cent this year and, again, is surpassing counterpart regions.

“Although overall satisfaction for bus services in our region is higher than it’s ever been, listening and acting on feedback from our customers is vital if we are to continue that success, so we will use these results to see how we can do things better in future.

“The Alliance is already looking at reviewing routes on key networks and intelligent traffic signalling to improve traffic flow and punctuality thanks to investment from the Combined Authority.”

Local bus drivers were also recognised in the survey for their contributions to a positive passenger experience. Drivers in the Liverpool City Region scored 5 per cent higher than the national average when greeting passengers and for helpfulness and attitude.

“The results of this year’s survey are incredibly encouraging. This feedback offers tangible proof that the work we are doing to ensure that all bus passengers in Merseyside have a fantastic experience, is having an impact.

“We’re continually investing in every aspect of our service, from driver training to ensuring our fleet of vehicles is well-maintained, clean and equipped with services including Wi-Fi and USB points that make travelling by bus more convenient and appealing - particularly to younger passengers.

"We look forward to seeing passenger satisfaction continue to rise, as part of our ongoing efforts to ensure the very best bus travel experience possible.”

“It is extremely promising to see that customer satisfaction is at a high for the second year running in the Liverpool City region. This paired with the positive satisfaction rating among younger passengers is extremely encouraging for a greener future, and we’ll endeavour to grow this figure year on year.

"Given the increasing level of air pollution that we are experiencing in towns and cities, we realise that we are reliant on the next generation to make bus the transport mode of choice.

"One double decker bus could take up to 75 cars off the road. Benefits such as MyTicket and on-board services such as free wifi and USB charge points, will help build a relationship that will last with our younger customers.”