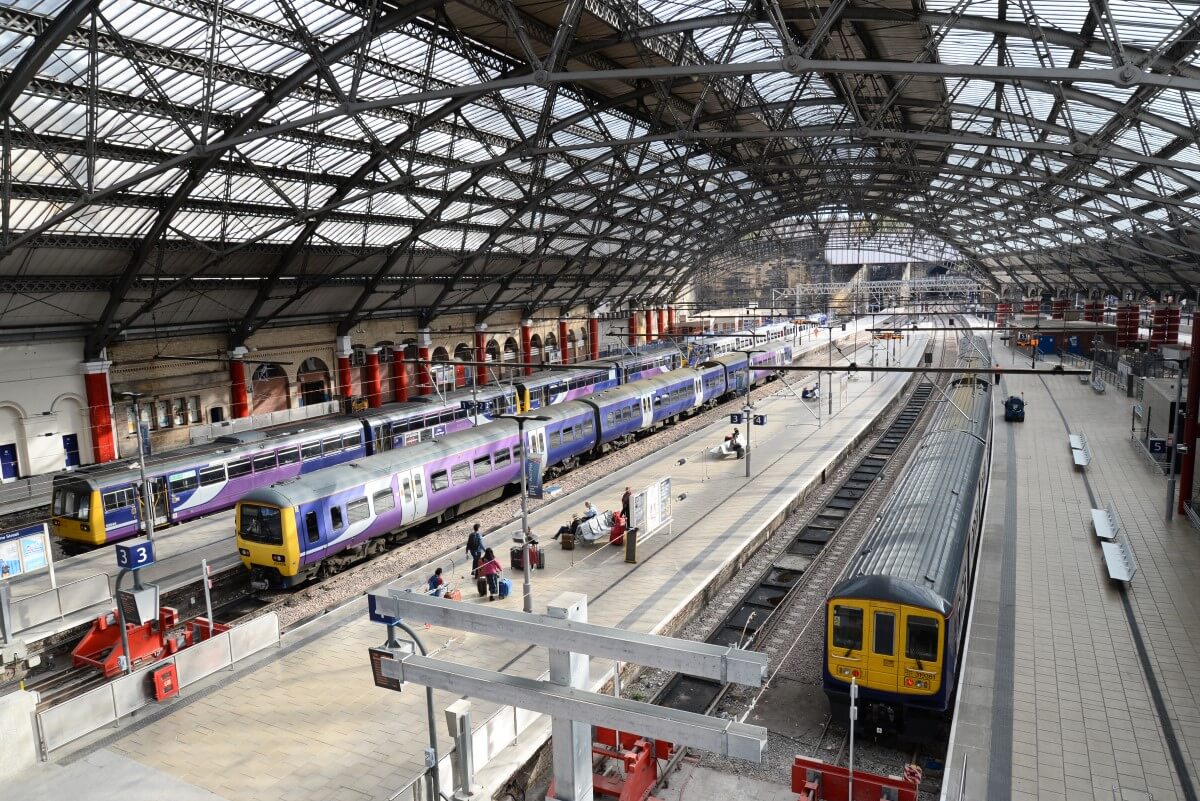 ​Business and transport leaders have met today (Wednesday 20 March) to mark an unprecedented level of investment in the Liverpool City Region’s rail network.

The event celebrated the achievements of the first five years of the Liverpool City Region’s (LCR) 30 year, long term rail strategy whilst also looking to the future, with the local launch of Transport for the North’s Strategic Transport Plan which aims to supercharge connectivity across the North and commits to new high-speed links to Liverpool.

£340m will have been invested in LCR rail schemes by the end of 2019, with an additional £460m currently being invested in locally owned, state-of-the-art trains and infrastructure for the Merseyrail network.

Under TfN proposals, Northern Powerhouse Rail (NPR), a new £39bn investment, would connect LCR to HS2 via a new twin track line between Liverpool, Manchester and then on to other northern cities.

2014 was a landmark year, with civic and business leaders coming together to start to successfully build and put forward the case for a link between Liverpool and the newly announced HS2 programme. It was also the year that the long term rail strategy was approved by the newly created Liverpool City Region Combined Authority – the first strategy developed locally, rather than by the rail industry and with a focus on economic growth.

“The last five years has seen our rail ambitions grow, and with a real shift in focus from the infrastructure itself to what it can deliver for the economy, opening up new opportunities and promoting social inclusion, not least by helping create more jobs and connect people to them.

“Our passenger numbers will more than double in the next 30 years, with freight demands increasing too.

"Our plans for better local connections as well as those regionally, across the north and nationally sees us pushing beyond and challenging the confines of our current rail network – one which limits capacity and our potential, as well as reinforcing outdated geographical borders which don’t reflect the changing economic picture and people’s modern lives.”

“We’ve achieved a lot in the last five years, working together as a City Region, with the rail industry and as part of Transport for the North.

“New and improved stations, new routes and new trains, including our state-of-the-art trains soon to arrive on the Merseyrail network, set the tone and momentum for the coming decades.”

“It’s been a momentous few months for the North as leaders approved the Strategic Transport Plan and backed the high-level business case for Northern Powerhouse Rail.

“Alongside locally-led improvements, the programmes outlined in our investment programme will transform connectivity for the people of the Liverpool City Region, and across the North. Northern Powerhouse Rail will bring an additional three million people and 90,000 more businesses within 90 minutes of the city centre and reduce journey times to Manchester to 26 minutes or less.

“Today was an important opportunity to talk to leaders from the Liverpool City Region, and outline how Northern Powerhouse Rail, and the wider rail and road programmes will further boost the fortunes of one of the UK’s most iconic cities and the wider city region.”

Northern Powerhouse Rail Director at Transport for the North

“Maintaining the economic argument for investing in the North is imperative but in doing so we need to make sure that we do not alienate our local businesses and communities through the language we use.

"We need to translate the positive messages of longer term investment, highlighting the practical on the ground experiential improvements that the big picture schemes will bring.”

CEO of Liverpool and Sefton Chamber of Commerce

“Rail plays an invaluable role in supporting the cultural ‘mega events’ Liverpool and the wider region is famous for.

"Investment in our rail infrastructure is also a key component to developing a world class integrated transport offer which is fundamental to growing our booming visitor economy.”

Deputy Mayor of Liverpool and cabinet member for culture and tourism