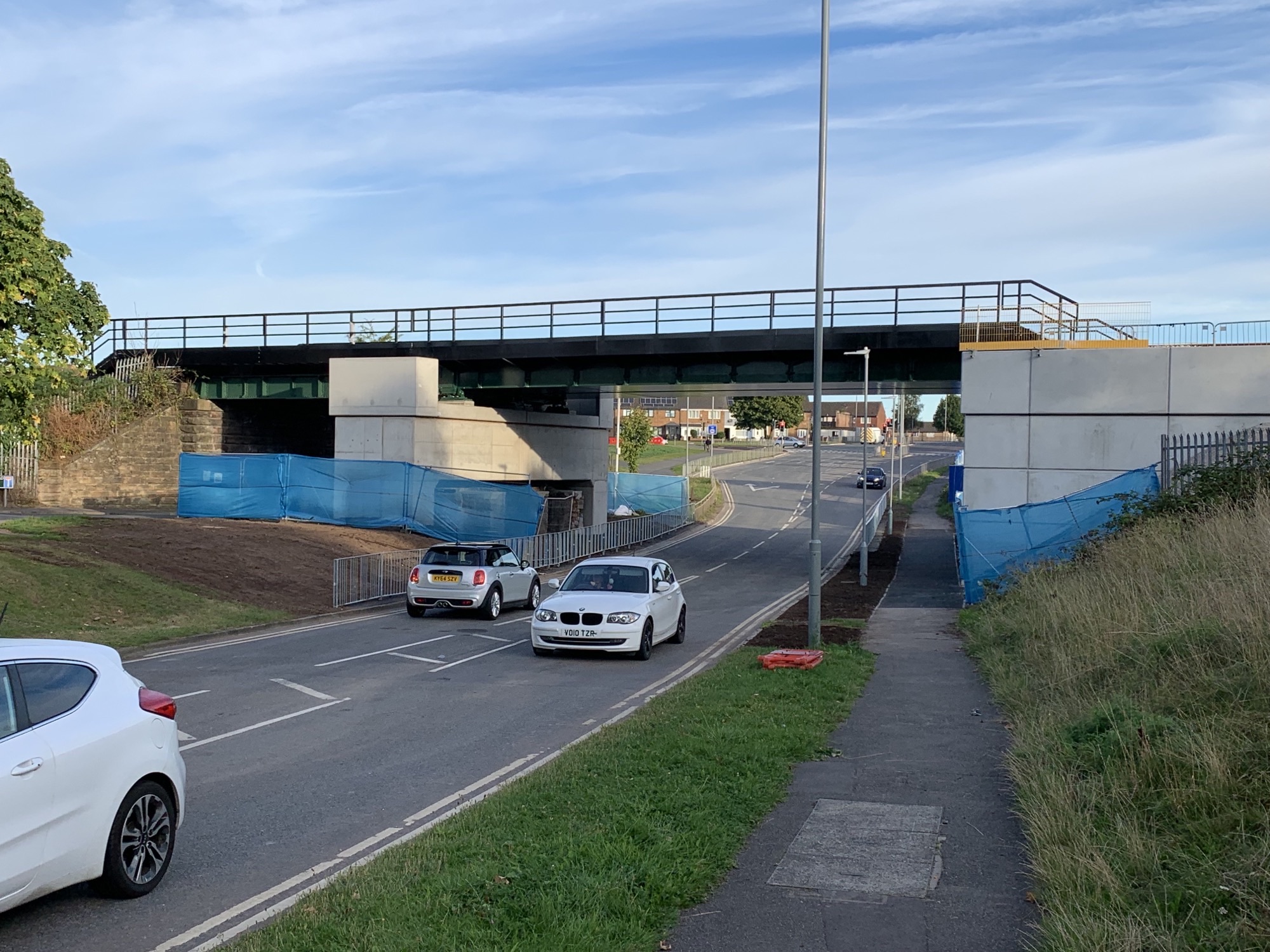 Works to install a new railway bridge over County Road in Kirkby as part of the new Headbolt Lane station scheme have been completed on schedule, allowing the road to re-open to traffic.

The new bridge forms part of the £80m Headbolt Lane station scheme and will enable the track improvements between the new station and the existing Kirkby station, supporting the Merseyrail and Northern services that will operate from the station.

Construction on the scheme began in January this year and it is expected that the station will open to passengers in Summer 2023.

“We're incredible grateful for the patience shown by residents while these works were carried out to install the new rail bridge on County Road.

“The new bridge will help us deliver the station at Headbolt Lane and connect residents in the area to the local rail network for the first time, opening up opportunities to travel for education, work and leisure.

"This is another step on our journey towards Mayor Steve Rotheram’s ambition of building a London-style transport system for our region, making getting around as quick, cheap, clean and reliable wherever you live.”

The new station is a key part of Liverpool City Region Mayor Steve Rotheram’s plans to deliver a London-style integrated transport system for the city region, which aims to bring together bus, rail, ferry and active travel in one simple, affordable and easy to use transport network.

It will also be the first new station opened since Mayor Rotheram unveiled Merseyrail For All, his proposals to expand the local train network through a combination of brand-new stations in underserved parts of the region and by utilising the latest innovative battery technology on the region’s new publicly owned trains.

The new station plans include:

“The progress being made on Headbolt Lane is very encouraging and I know residents are excited at the prospect of a new station opening next year.

“It is something Kirkby residents have wanted for a long time. It will improve transport options for residents in the Tower Hill and Northwood areas, providing improved access to employment, including Knowsley Business Park, and education opportunities.”

“While work to build a new station at Headbolt Lane is ongoing, we are delighted to have installed a new railway bridge that enables the line from Kirkby to extend to the new Headbolt Lane station, helping transform the Merseyrail network.

“We recognise this important bridge work has caused some disruption in the local area. We are very grateful to residents and commuters for their patience and understand during this time.”

The full scheme includes the extension of the Merseyrail network beyond the existing Kirkby station and will see Merseyrail services run into the new station. Northern services from Wigan and Manchester will also operate to and from the new three-platform station.

Headbolt Lane will be the first station to benefit from battery technology on the new trains for the Merseyrail network, removing the need to extend the third rail beyond the existing Kirkby station.

The scheme is being delivered by the Liverpool City Region Combined Authority in partnership with Knowsley Council, Network Rail, Merseyrail and Northern. Funding for the scheme has come from the Transforming Cities Fund.

It is also aligned to Knowsley Council’s plans to improve transport access in the area for residents whilst also supporting workers and visitors to one of Europe’s largest employment sites – Knowsley Business Park.