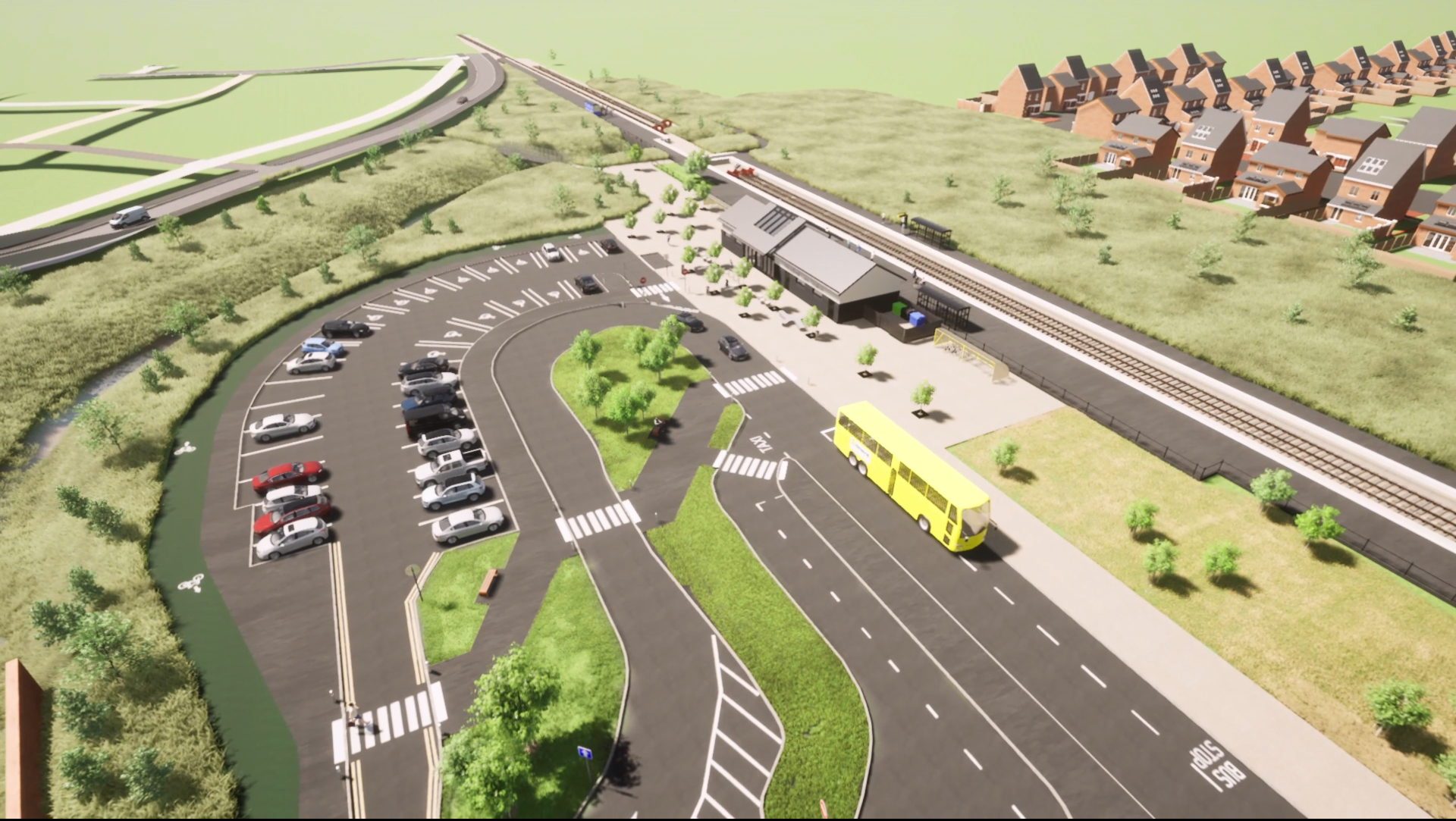 Rail users, residents and businesses are invited to give their views on ambitious plans for a new station at Headbolt Lane in Kirkby.

The proposed station would be located north of the existing Kirkby station and will help improve transport links for the Northwood and Tower Hill areas of the town.

The new station is a key part of Metro Mayor Steve Rotheram’s plans to deliver a London-style transport system for the City Region, which aims to bring together bus, rail, ferry and active travel in one simple, affordable and easy to use transport network.

It is also aligned to Knowsley Council’s plans for the area to improve transport access in the area for residents whilst also supporting workers and visitors to one of Europe’s largest employment sites in Europe – Knowsley Business Park.

A CGI fly through of what the station might look like, images and the survey are all available through the Liverpool City Region Combined Authority’s Commonplace website, at http://headboltlane.commonplace.is.

The new station plans include proposals for:

The full scheme includes the extension of the Merseyrail network beyond the existing Kirkby station and would see Merseyrail services run into the new station. Northern services from Wigan and Manchester would also operate to and from the new three-platform station.

A planning application is due to be submitted in early July. If successful, it is hoped that work will start on the site by the end of the year, with the station open to passengers by spring 2023. The scheme is being delivered in partnership with Knowsley Council, Network Rail, Merseyrail and Northern.

The station development is also being designed to support the future scheme to build a new rail link to Skelmersdale, on which the Combined Authority is working closely with Lancashire County Council, West Lancashire Borough Council and Network Rail to support.

The survey will be open until Sunday 13 June.

“I’ve always been really proud to be from Kirkby, so it’s really exciting to see all of the work we’ve been doing to help get the area back on the up again. From the tens of millions we have invested in the Townie, to the work we’re doing to open this station at Headbolt Lane, we’re making a real difference because of devolution – and the ability to make more decisions locally.

“Good public transport is vital for connecting people with each other and with opportunity. That’s never been more important than in the post-pandemic world, where we need to build back better. The new station is a key part of delivering my plans for an integrated, London-style publicly owned transport system for our city region. I’ll make it as quick, easy and affordable as possible to get around.

“Please take the time to have your say on our plans for the station and help us make it the best it can be.”

“I’m pleased that residents will have an opportunity to see for themselves how the new station will look, and I’d encourage our residents and businesses to share their views and help to shape this important project for Kirkby.”

“It’s brilliant to see Headbolt Lane station come to life in the new flythrough video which will help passengers and local residents to visualise the plans we’re working on with the Metro Mayor and our Combined Authority partners.

“The new station and reinstatement of two tracks, will mean Merseyrail and Northern can serve a greater number of passengers in the wider Kirkby area.

“It will mean better connections to Liverpool and Manchester by public transport, bringing greater opportunities for work, study and leisure.”

“This is another exciting step towards a brand-new station at Headbolt Lane and we look forward to hearing the thoughts of local residents and employees on this project.

“Together with our partners, we want to provide a rail network that meets the needs of the people of the Liverpool City Region, and by taking part in this survey you can help us to achieve this.”

“Our customers are at the heart of everything we do and we’re always striving to make improvements for those customers.

“We look forward to working closely with our colleagues across Liverpool City Region to hopefully provide Kirkby and the surrounding area with a state-of-the-art multi transport interchange.”