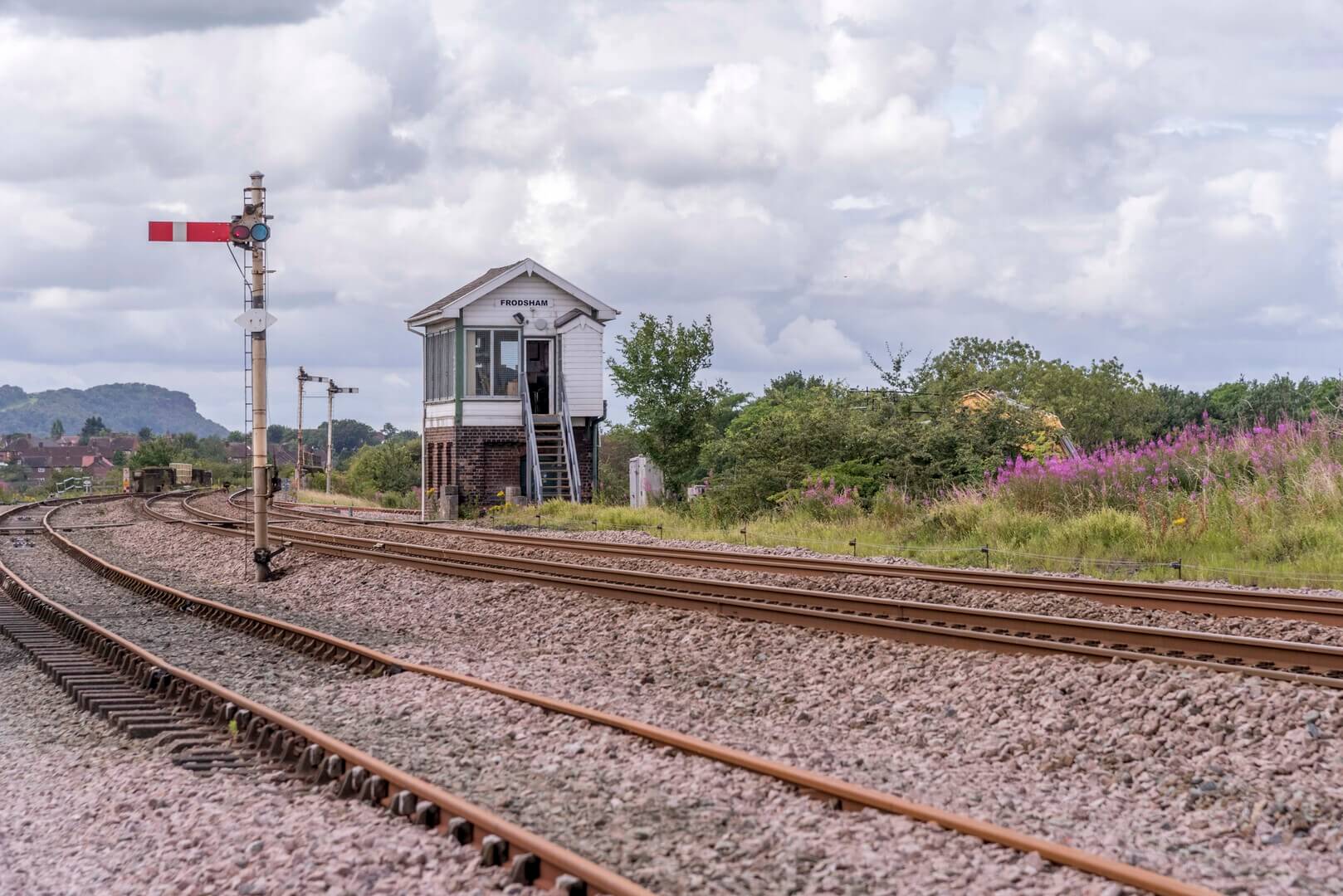 The final phase of upgrades on the 1.5 miles of track known as the 'Halton Curve' near Frodsham were completed, as planned, over the bank holiday, allowing preparation to begin for regular passenger services later this year.

Network Rail's Team Orange successfully completed the final works on the curve at the weekend, with the scheme finishing on schedule and within budget.

Vital track upgrades bring back into full use the section of the line that links the Chester/Warrington line and the Liverpool/Crewe line at Frodsham Junction.

It will enable a new hourly service, in both directions, between Liverpool and Chester from December 2018; serving Liverpool Lime Street, Liverpool South Parkway (for Liverpool John Lennon Airport) Runcorn, Frodsham and Helsby, with future hopes to expand the services further into North Wales.

The Frodsham control area has been re-signalled and the signal box now houses a new modern signalling panel to control train movements in that area. At the other end of the Curve, a more modern, advanced signalling system has also been installed, with signalling control in the Halton area transferred to the state-of-the-art Manchester Rail Operating Centre. This will mean more reliable train services for passengers for generations to come.

The £18.75m Halton Curve project has been funded through the Government's Local Growth Fund and the Liverpool City Region Combined Authority. It has been developed by the Liverpool City Region (including Halton Council), Cheshire West and Cheshire Council, the Welsh Government and a consortium of the six county authorities in North Wales. The works have been delivered by Network Rail.

It forms part of the £340m investment in the Liverpool City Region and also sits within the Great North Rail Project – a multi-billion pound investment plan to transform train travel across the North.

The proposed new hourly service operated by the new Wales and Borders franchise holder, starting in December this year, will generate 250,000 new trips, unlocking leisure and business opportunities between the Liverpool City Region, its airport, Cheshire and, ultimately, North Wales.

It also supports Liverpool John Lennon Airport and its growth ambitions, opening up a much wider catchment for national and international leisure and business travel.

"The Halton Curve is one of many ambitious rail schemes across the Liverpool City Region being delivered by the Combined Authority this year, in this case thanks to a significant investment from the Government's Local Growth Fund towards the £18.75m cost.

"Increased capacity and more frequent trains between Liverpool and Chester, with a potential to expand into North Wales, will mean more people can travel more easily - unlocking many more opportunities, including the potential for people in our city region to find jobs in Cheshire and North Wales."

"It's great news that the Halton Curve scheme has been completed both on schedule and within budget and we can't wait for services to start running later this year.

"While it may only be a one and a half miles long piece of track, it is the key to unlocking so many more opportunities for people in our City Region, Cheshire and North Wales.

"This is part of a £340m investment in the City Region's rail network by the end of 2019 that will improve connections and the capacity – investment that only marks the start of our ambitions, with further schemes in Maghull and Newton-le-Willows due for completion in the near future."

"Improved rail connectivity between North Wales and Liverpool will create significant economic and social opportunities for passengers and businesses. Today's announcement is a major step towards delivering these improvements.

"We will continue to work closely with our cross-border partners including Merseytravel to maximise the opportunities and benefits that will arise from the new Wales and Borders franchise and make it easier for people to commute between the regions."

"The Halton Curve project has been the perfect example of the rail industry and Liverpool City Region working together to deliver real benefits to the people of Liverpool and beyond.

"Improved rail links are vital to boost the local economy, and it is expected that this key upgrade in the Liverpool City Region will boost the economy by £100m.

"Our teams have worked tirelessly since July 2017 to deliver this work ready for the new timetable in December. This is another fantastic example of our Great North Rail Project delivering for customers across the north."