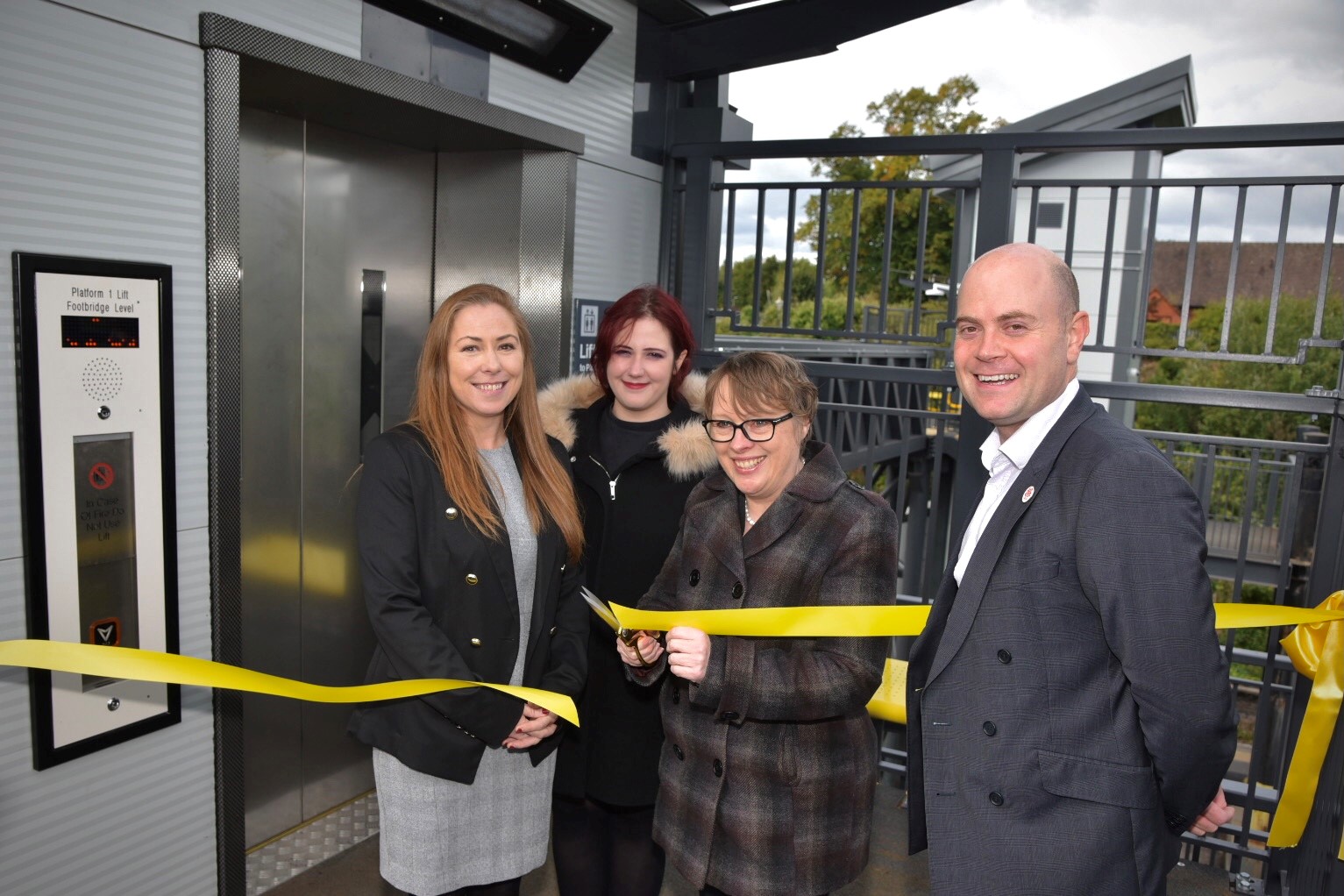 Hunts Cross rail users will now benefit from a step free route from the street to the platforms with the opening of new lifts and footbridge at the station.

With its official opening held on 28 September, the 16 person-capacity lifts make it easier to reach the platforms for wheelchair users, people with mobility needs, heavy luggage, bicycles or those with children in buggies.

Completion of the works brings the total number of step free stations in the Liverpool City Region to 59 out of a total of 83.

As part of this round of investment, Merseyrail passengers can also look forward to greater accessibility as new lifts will be up and running at both Hillside and St Michael’s stations in the next few months, while Northern passengers will benefit when Broadgreen on the City Line has new lifts installed next year. There are also plans for a second lift to the Northern line platform at Liverpool Central next year.

The Combined Authority has also recently submitted a bid to DfT to make ten more stations step-free between the station and the platform, via the latest round of Access for All funding.

The upgrades align to the Metro Mayor’s wider vision of building a London-style transport system for the region that is quick, simple, affordable, and accessible to all. Improving accessibility at stations will also complement the introduction of the city region’s new, state-of-the-art trains with pioneering sliding step technology, which are due to be phased into service from later this year.

“Mayor Steve Rotheram has made clear that his ambition is to make the city region public transport network one of the most accessible in the UK and the opening of these new lifts and footbridge at Hunts Cross station takes us another step closer to realising that aim.

"Being able to independently travel across our rail network can have a huge impact on people’s everyday lives.

"Our long-term aim is still to make every station step-free from pavement to platform and alongside the work we are already carrying out at Hillside, St Michael and Broad Green, the recent bid we submitted to DfT for further funding will help bring us nearer to that target."

“It is fantastic to see this next important step towards our aim of Merseyrail becoming the first network in the UK to have step-free access at every platform on our network. I know the people of Hunts Cross and the wider community will welcome this fantastic new facility.

“Our purpose as a business is to provide a railway that the communities we serve can be proud of, and we are delighted to be working alongside the Liverpool City Region Combined Authority and our other key partners to deliver station improvements such as this.

“In the coming months this new lift and the further five being launched on our network this year will be perfectly complimented by our new fleet of class 777 trains. These will see level-boarding on platforms become the norm – with Merseyrail setting the standard nationally for a truly inclusive railway.”