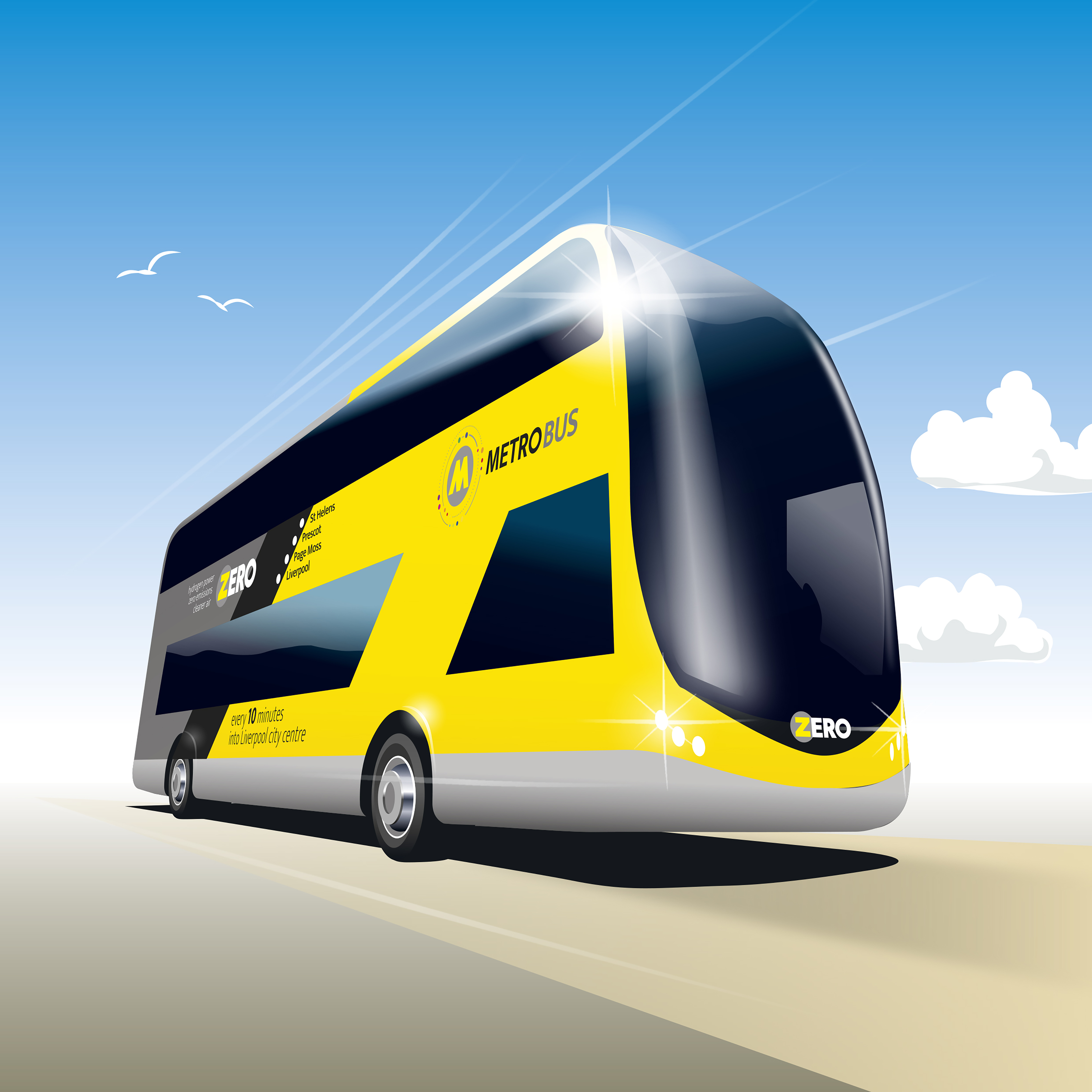 A new project which is seeking to bring 20 hydrogen powered double decker buses to the streets of the Liverpool City Region will take an important step forward with the project business case and funding set to be approved at an upcoming Combined Authority (CA) meeting on 19th March.

The state-of-the-art zero-emissions vehicles will be directly funded by the Combined Authority and, like the new trains for the Merseyrail network, will be owned by the people of the Liverpool City Region.

The new buses will be powered by hydrogen fuel cells, safe and reliable technology which lends itself well to heavy duty vehicles such as buses.

The project – which is set to secure a funding boost of up to £12.5m from the Transforming Cities Fund (TCF)  – is a key part of the Metro Mayor’s ‘Vision for Bus’, which commits to using the powers available through devolution to build a better, more reliable and affordable bus network for the Liverpool City Region.

The announcement also follows the publication this week of the government’s National Bus Strategy.

With the Metro Mayor having set a target for the Liverpool City Region to become net zero carbon by 2040, hydrogen buses will join the existing fleet in the city region which is already more than 70% low emissions, via the use of cleaner engines, hybrid and electric power and biomethane gas.

It is anticipated that the buses will initially serve the 10A route between St Helens and Liverpool city centre – the City Region’s busiest bus route, operated jointly by Arriva and Stagecoach.

“In the Liverpool City Region we are already leaders in green technology and the low-carbon economy and this project, which if approved, will bring 20 brand new hydrogen-powered buses to our streets is another very exciting step forward.

“The new state-of-the-art vehicles will help our city region tackle poor air quality and achieve our ambition of being net zero carbon by 2040. And, like the new trains for Merseyrail network, they’ll be owned by the people of the Liverpool City Region and can be built to serve their needs.

“It’s another example of how we’re using the power of devolution to make things greener and cleaner and improve our transport system to make it more reliable, attractive and affordable for everyone who lives and works here.”