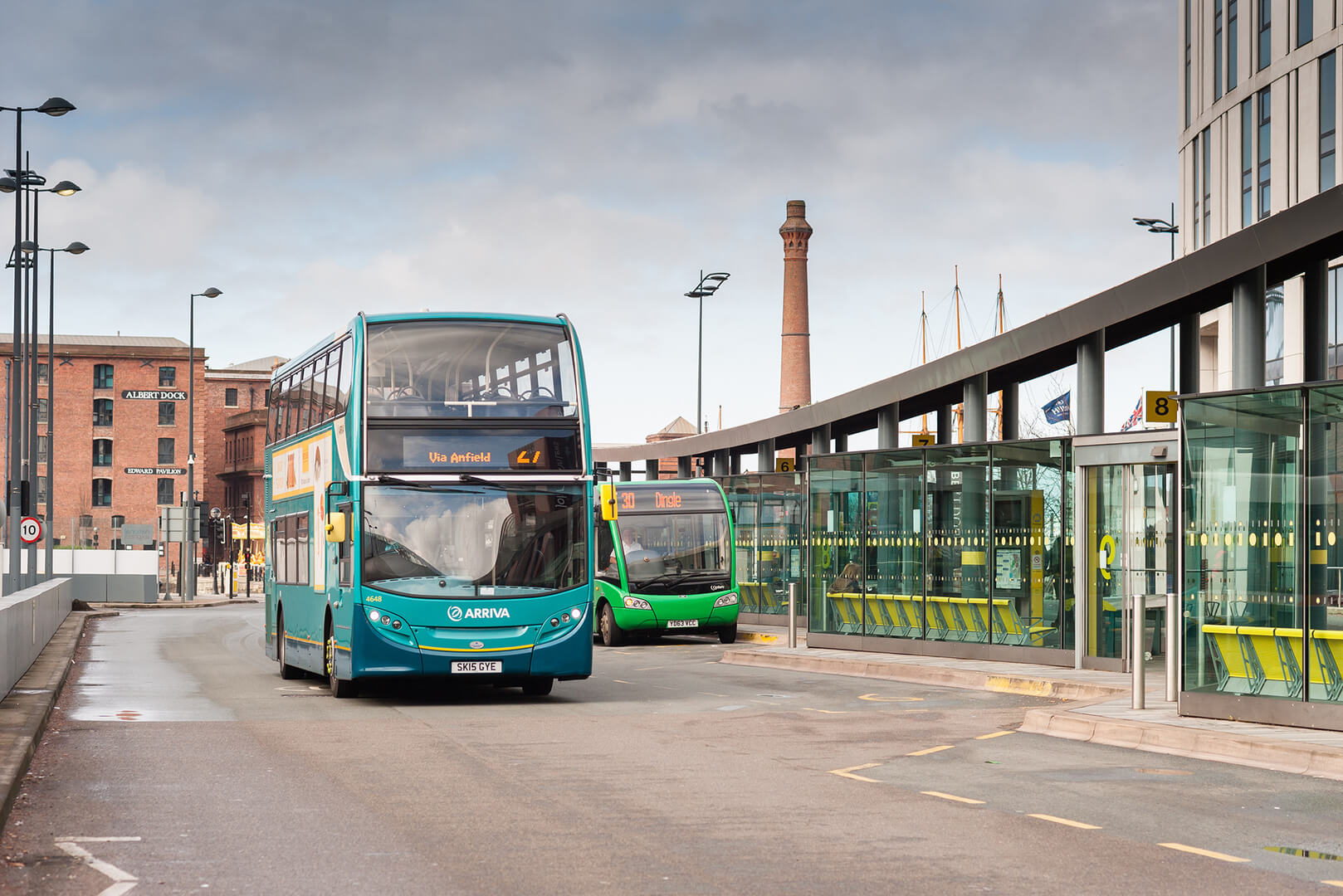 People who use the bus in Liverpool City Centre have just over a week left– until Friday 2 August– to comment on proposed route changes that are scheduled to come into effect from January 2020.

Since Tuesday, 18 June the proposals have been viewed online more than 7000 times, with 1000 comments submitted. More than 1000 bus users have also attended drop in sessions at various locations around the city centre.

The proposed changes are in response to Liverpool City Council’s £45m City Centre Connectivity (LCCC) scheme, which aims to transform the city centre and make walking and cycling more viable options to get around, reducing congestion and improving air quality. It will do this by improving public realm and changing how traffic, including buses, moves through it.

The scheme includes lane reductions on The Strand and Victoria Street, the closure of Mann Island and Lime Street to through traffic, and the creation of a new bus hub at Old Haymarket in a bid to reduce the number of buses parking on-street and travelling around the city centre.

Re-routing will improve punctuality and reliability of all bus services in the city centre and the vast majority of bus users, 82 per cent, will be able to get on and off as they do now. However, 11,000 people a day will see changes.

Bus boarding and alighting points will be generally be focussed in or around Queen Square and Liverpool ONE bus stations. However, for those who need it, a frequent cross-city bus service will run between both bus stations.

Information on proposed service changes, including simple maps for each route affected and dates and times for drop in sessions can be found at www.merseytravel.gov.uk/citycentrebus

A Q&A on key points raised in people's comments so far is now also available online.

“We’re pleased that people are aware of the proposals and are taking the time to understand what it means for them and feedback to us.

“While we have been clear that we are limited in any changes we can make because of the changing layout of the city centre, once the ‘opportunity to comment’ closes we can assure people that we will be looking at the responses alongside Liverpool City Council and the bus operators to inform the final route plans that will be introduced in January 2020.

“Liverpool City Council’s vision of a cleaner, greener city centre is one that Merseytravel and bus operators support while recognising the continued importance of bus in getting thousands of people to and from the city centre whether that be for work, leisure or shopping or because it’s where they live.”

“It is encouraging that people are taking the opportunity to provide feedback to these important changes to the city centre and the proposed new bus routes, as we need the public to be fully engaged in understanding the reasons why they have to be done.

“Liverpool city centre needs to be a cleaner, greener and safer place for everyone to enjoy and how people and traffic use it needs to be rebalanced, especially given how much the city centre has changed in the past 20 years.

“Climate change and air quality is an increasing problem for every city, and if we do not act now it is going to be a real threat to life for every human. Providing and promoting sustainable modes of transport is key to a healthier future and the Liverpool City Centre Connectivity scheme is just the start in this very important journey.”

Cabinet Member for Environment and Sustainability at Liverpool City Council