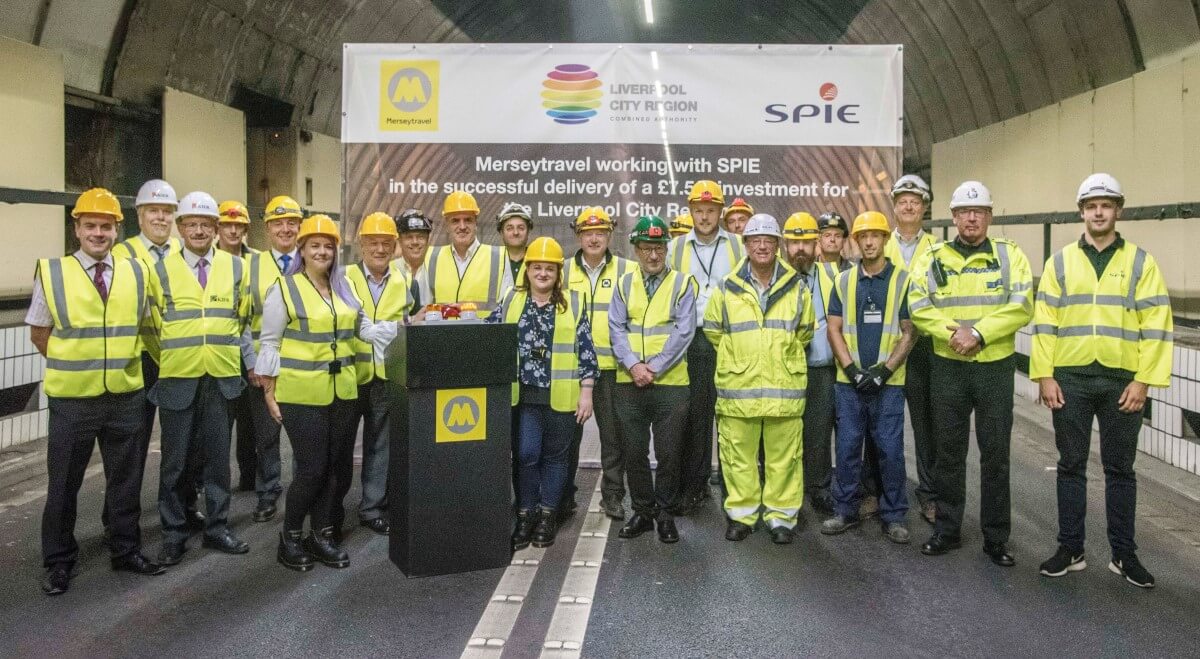 A major £7.5m investment to rewire and replace the lighting in the Kingsway Tunnel has been completed, providing more efficient infrastructure and substantially reducing running and maintenance costs.

The LED lighting units have been installed with a lifespan of at least 20 years, reducing CO2 emissions by around 450 tonnes and making up to £90,000 savings on electricity, each year.

The old electrical infrastructure has been replaced with new cables installed in the tunnel invert below the road surface, making them easier to access for maintenance.

The project is part of an on-going 10 year tunnels investment programme to maintain both Mersey Tunnels and keep them operational for the 26.5 million vehicles that pass through them each year.

The investment programme will also include renewal of wall cladding in the Kingsway Tunnel, resurfacing of 3 Km approach roads at Gorelink, Wallasey, renewal of the lane control system in both tunnels and rewiring of the Queensway Tunnel.

"Completing this significant investment in the Kingsway Tunnel without any additional closures has been a major achievement and I would like to congratulate everyone involved.

"More than 26 million people use the Mersey Tunnels every year, making them a vital element of our transport system, and it is vitally important that we invest properly in their continuing maintenance and safe operation."

"The Kingsway and Queensway tunnels are a vital part of the Liverpool City Region’s transport infrastructure and are crucial in supporting our economy.

"Keeping them efficient and safe is a significant undertaking costing millions of pounds each year.

"This investment has not only brought the electrical network and lighting system up to date, but will also provide substantial savings in future years."

The 1.5 mile (2.4 km) Kingsway (Wallasey) Tunnel opened in 1971 and was built to accommodate the rise in traffic when the Queensway (Birkenhead) Tunnel was unable to cope with the increase in post-war traffic.