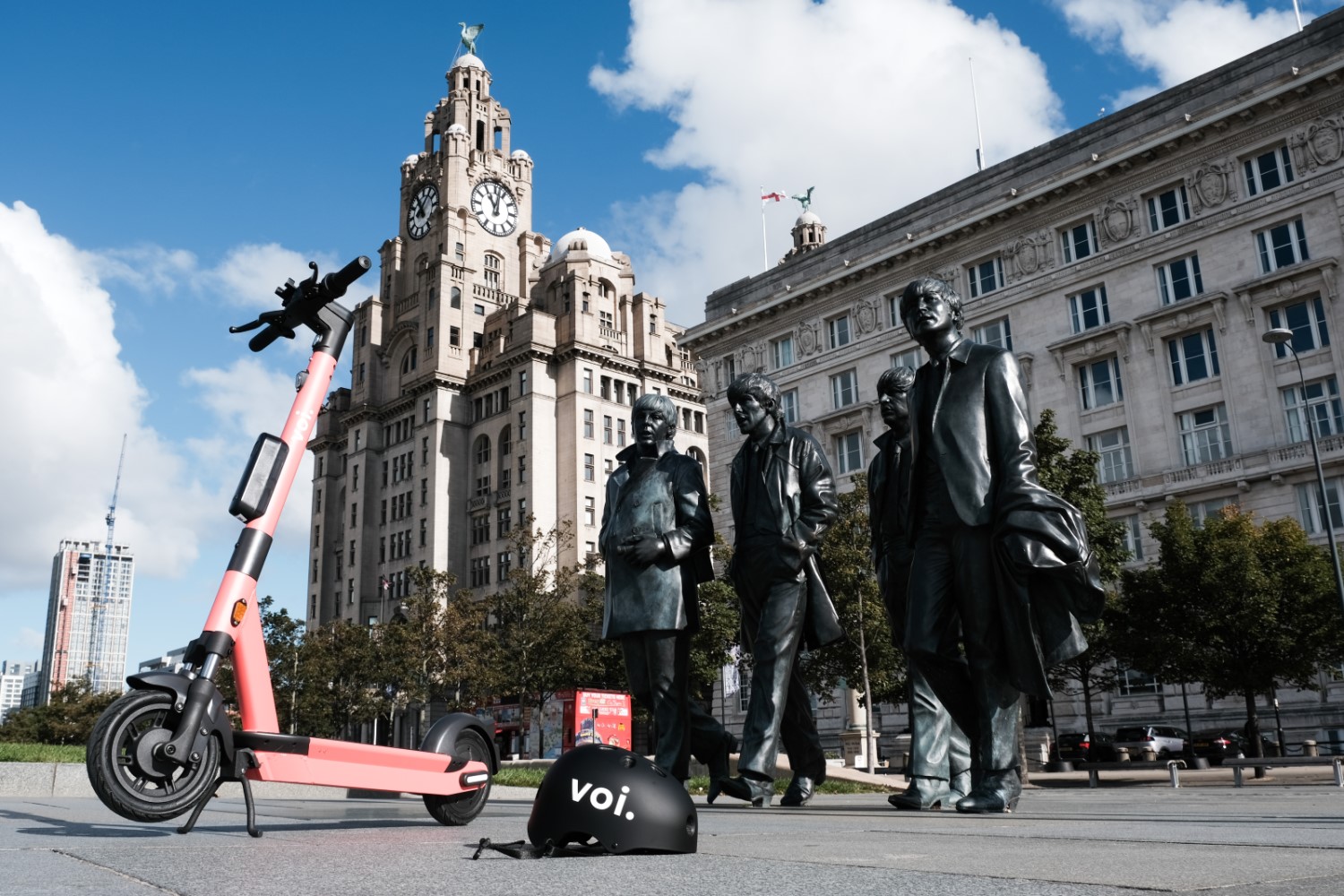 A set of new measures are being introduced to help improve the safety of the e-scooter trial underway in Liverpool – including new mandatory parking zones and reduced hours of operation during weekends.

Launched in October 2020, the scheme has been both successful and highly popular – with more than 800,000 rides taken so far and over 1.8 million miles travelled by users of the pilot.

While almost all rides are completed safely with e-scooters parked correctly, with action taken against users who do not follow the rules, public feedback continues to be taken into consideration as the trial progresses.

Metro Mayor Steve Rotheram recently visited the Liverpool offices and warehouse of e-scooter operator Voi to discuss some of the issues raised by local people around the scheme and explore how to make the trial even safer as it continues to grow in popularity.

Following the meeting Liverpool City Region Combined Authority, Liverpool City Council and Voi have worked together on a set of changes to the way the pilot operates, including:

Voi have also increased the number of its ambassadors on the ground in Liverpool to help improve the safety of the trial. The company has also begun to host free safety and training events in the city with more planned over the coming months.

All users of the e-scooters must be over 18 and have at least a provisional driving license, with it being an offence to allow any younger people to use their account to unlock the vehicles. Private e-scooters are not covered by the trial and remain illegal to use on all public roads.

“As part of my plans for an integrated London-style transport network, I want to increase the number of cheap, quick and green travel options available to people in our region.

“E-scooters offer residents and visitors alike a quick and convenient way to get around the city centre and surrounding areas, and the since the trial launched 9 months ago I’m told that it has become one of the most popular schemes in Europe.

“However, it’s vital that e-scooters are used safely and properly and following discussions with Voi, I’m pleased to say that they are going to make changes to how the scooters are used and try to address some of the safety worries that people have brought to my attention.”

“When used correctly, Voi e-scooters are a convenient and eco-friendly way of moving people around the city. As with any pilot, we will continue to monitor and address any concerns raised about the scheme and I welcome the changes being made.

“There are always lessons to be learned, and I’m committed to improving the scheme and the experience of riders, pedestrians and other road users in Liverpool.”

According to Voi data, e-scooters rides have replaced over 275,000 private car trips in Liverpool, saving over 248 tonnes of carbon dioxide emissions.

“Our number one priority at Voi is to keep our riders and the wider community safe. We are continually looking at how to improve our vehicles, operations and technology to positively encourage responsible riding habits, whilst taking action against instances of misuse.

“It is an exciting time for urban transportation and we will continue to work closely with the Combined Authority and Liverpool City Council to ensure this new and environmentally friendly mode of transport can continue to replace short car rides, creating a healthier and greener city for all."

Voi continues to encourage people to report any instances of misuse or misplaced scooters via its report a scooter page.