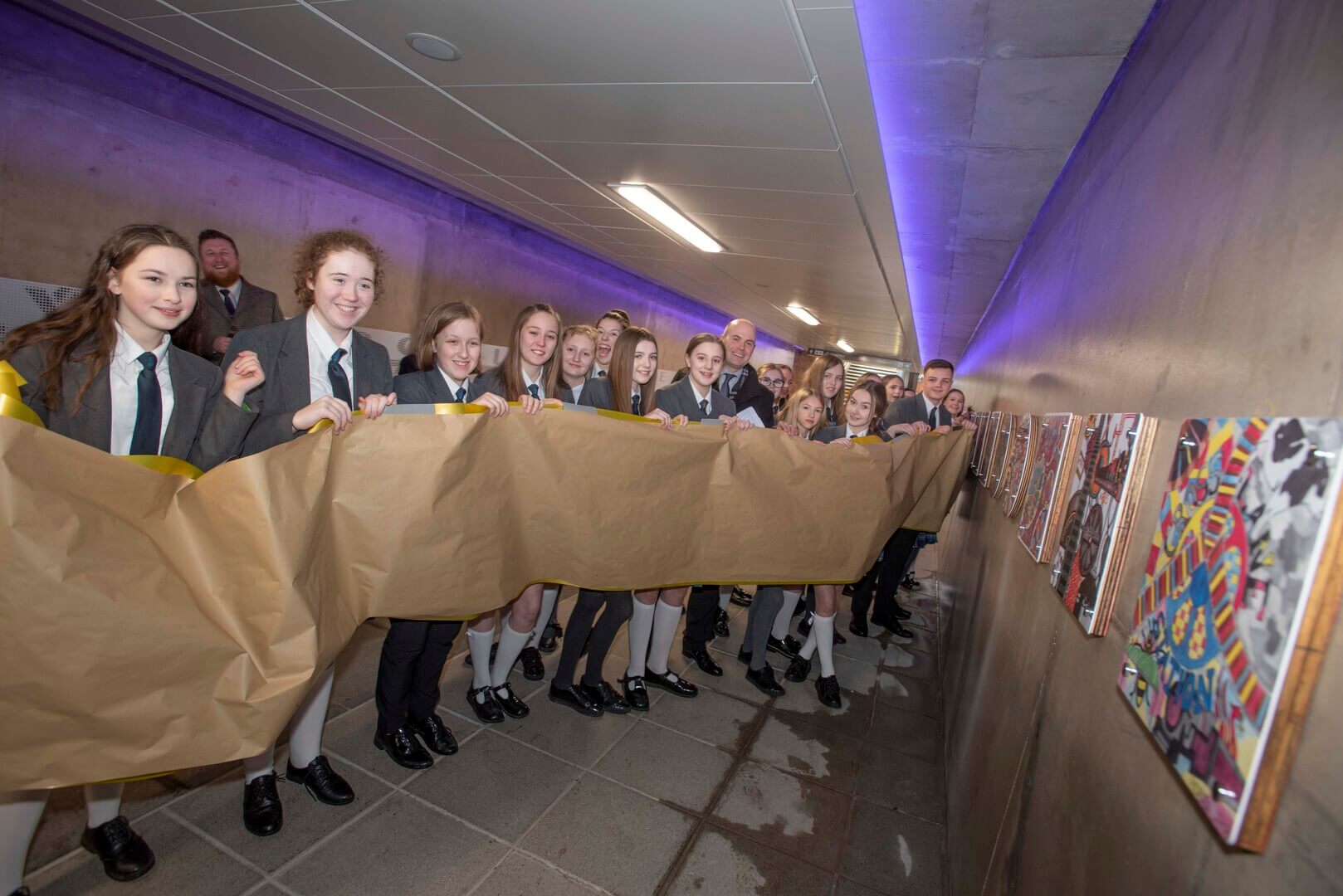 Children from four local schools have celebrated the rich local rail history of Newton-le-Willows by filling a time capsule with artefacts, and their interpretation of what the world looks like now and what it may look like in 2069, when the capsule will be reopened. There is also a special artwork which is now on display at the town’s revamped railway station.

The Artwork depicts the Liverpool to Manchester line as a time line from 1830s to 2019 focusing on stations that are or have been part of the historic Chat Moss line.

“It’s great to see this impressive piece of work produced by local schoolchildren, after all they are our passengers of the future and this is a great way to get them involved and for them to take pride in their local station."

“Hope Academy students have really benefitted from their involvement with such an important project for the local community.

"As well as developing painting methods, photographic techniques and editing skills, they have also learned a considerable amount about local history, research skills and dealing with the pressure of working to strict specifications and deadlines. On top of all this they thoroughly enjoyed the whole experience and have created something that the local community can enjoy for years to come.”

The Newton-le-Willows Interchange scheme is a £18.95m investment funded by the Local Growth Fund and Merseytravel.

The scheme has seen a new main station entrance and ticket office established on the south side of the tracks on Alfred Street and other improvements, including:

The improvements to the station, currently managed by train operator Northern, aim to help create a strategic transport hub, linking up to the local transport network with strategic rail links across the country, building on the electrification works that have already taken place on the Liverpool-to-Manchester line and the new services that are calling at the station. It will also help support the future development of the nearby former Parkside Colliery site.