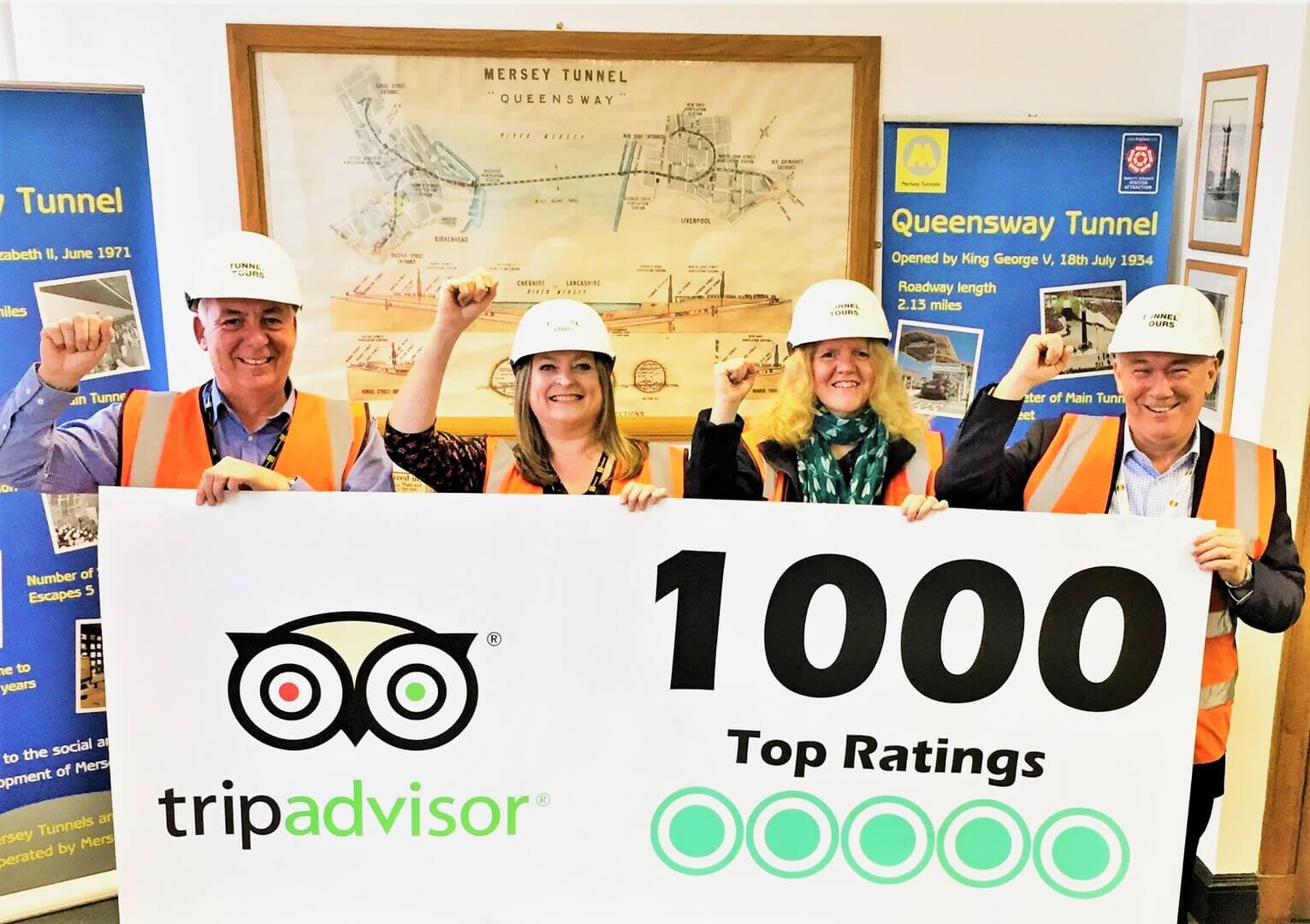 Tour guides at Mersey Tunnel Tours were pleased as punch to receive their 1000th five star TripAdvisor review this week.

The Mersey Tunnel tour began operating in 2006 with just one tour a week but interest and demand soon grew until there was a waiting list of six months. Further tours were added and popularity has continued to grow until now over 5000 people take the Mersey Tunnel Tour each year. The tours now operate three evenings per week plus two tours on a Saturday and other weekday tours can be arranged by appointment.

The Mersey Tunnel Tour currently sits at number two in TripAdvisor’s most popular tours in the city, second only to the Beatles Fab Four Taxi Tour.

“We’re extremely proud of our tour and the great feedback that we get from our visitors.

“The Queensway Tunnel opened 85 years ago and the tour gives a unique look at the skill and workmanship that went into creating it, plus a look at modern day technology and an understanding of the significant investment needed to keep the Mersey tunnels up-to-date and running safely and efficiently.”

“The reason I came back was for my cousin from Seattle to experience it. When I came the first time I really enjoyed it, I thought “I’d been there done that” but there were things that I had forgotten. I really should have visited again before now as you always pick up something new.”

Earlier this year Visit England, the national tourism agency, recognised Mersey Tunnel Tours in its 2018 Attractions Accolades with a ‘Best Told Story award ‘– one of only 16 awarded to tourist attractions across the country. And in 2015 the Tour was the only small visitor attraction on Merseyside to receive Visit England’s Hidden Gem accolade, one of only ten to be awarded nationally

Up to 27 million vehicles each year cross under the River Mersey via the two Mersey road tunnels. The Liverpool City Region Combined Authority continues to invest in both tunnels to maximise availability and allow 24 hour cross river road travel, 365 days a year.

For further details or to book a tunnel tour visit the website​.