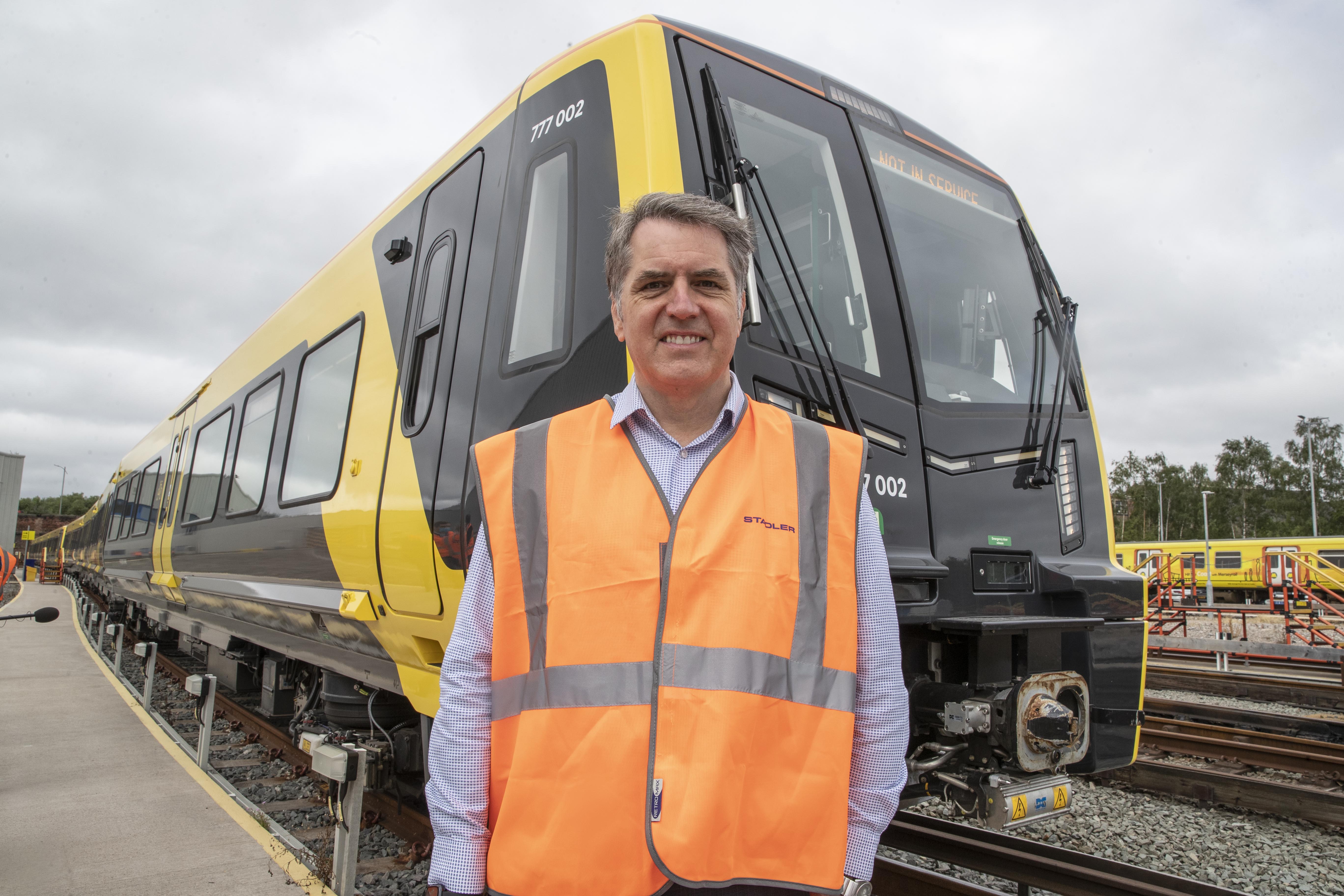 Metro Mayor Steve Rotheram’s ambition to create a ‘Merseyrail for All’ has taken a major step forward with the successful testing of new battery powered trains in the Liverpool City Region.

The game-changing technology could allow the Merseyrail network to extend across all six city region boroughs to places like Rainhill in St Helens, Woodchurch on the Wirral and Widnes in Halton.

It could also allow the new fleet to operate as far afield as Skelmersdale, Wrexham, Warrington and Runcorn.

In the run-up to May’s elections, the Mayor pledged to deliver 'Merseyrail for All', a commitment to connecting under-served communities to the Merseyrail network.

Initially the battery-powered trains, which are considerably greener, using up to 30% less energy than the existing fleet, are set to run on services to a planned new station at Headbolt Lane, Kirkby.

The wider 'Merseyrail for All' programme could ensure every community is well served by an integrated public transport network and new and refurbished train stations are also high on the agenda.

Tram-Train technology and trackless trams will also be looked at as potential means of extending the Merseyrail network into hard-to-reach places. The technology could benefit areas such as Liverpool John Lennon Airport and Speke, Kirkby Town Centre, Southport Town Centre, Wirral Waters and the Knowledge Quarter.

“For people in some parts of our region, Liverpool can feel as far away as London. I want to change that. Merseyrail for All is my ambitious plan to extend the current network, so it reaches communities right across our city region and beyond.

“We know that our new publicly owned trains will revolutionise transport in our region but, after these battery trials, they’re going to help take it to another level entirely and ensure no community will be left behind.

“Good public transport is vital for connecting people with each other and opportunity. Our region deserves what London has had for years: a transport system that is affordable, reliable and easy for people to get about. I’m working to build one and these trains are a massive part of that.”

The new trains place the Liverpool City Region at the forefront of the introduction of pioneering battery technology on passenger services.

They also put the city region in the driving seat for the decarbonisation of the rail network - aligning to the Metro Mayor’s ‘net zero carbon by 2040’ plans.

Under the battery trials, financed by the Transforming Cities Fund, one of the new class 777 trains fitted with the battery technology was tested on the Northern line.

The batteries exceeded expectations with the trains travelling up to 20 miles per run without the need for re-charging.

The battery trains would remove the need for the third ‘electric’ rail, enabling the trains to travel beyond the existing network without major track investment.

The units passed all tests during four weeks of trials on the City Region's rail network in May and June.

The Combined Authority and partners are still assessing the full impact of the Coronavirus pandemic on the programme and will provide more information regarding the roll out as soon as it has been agreed.