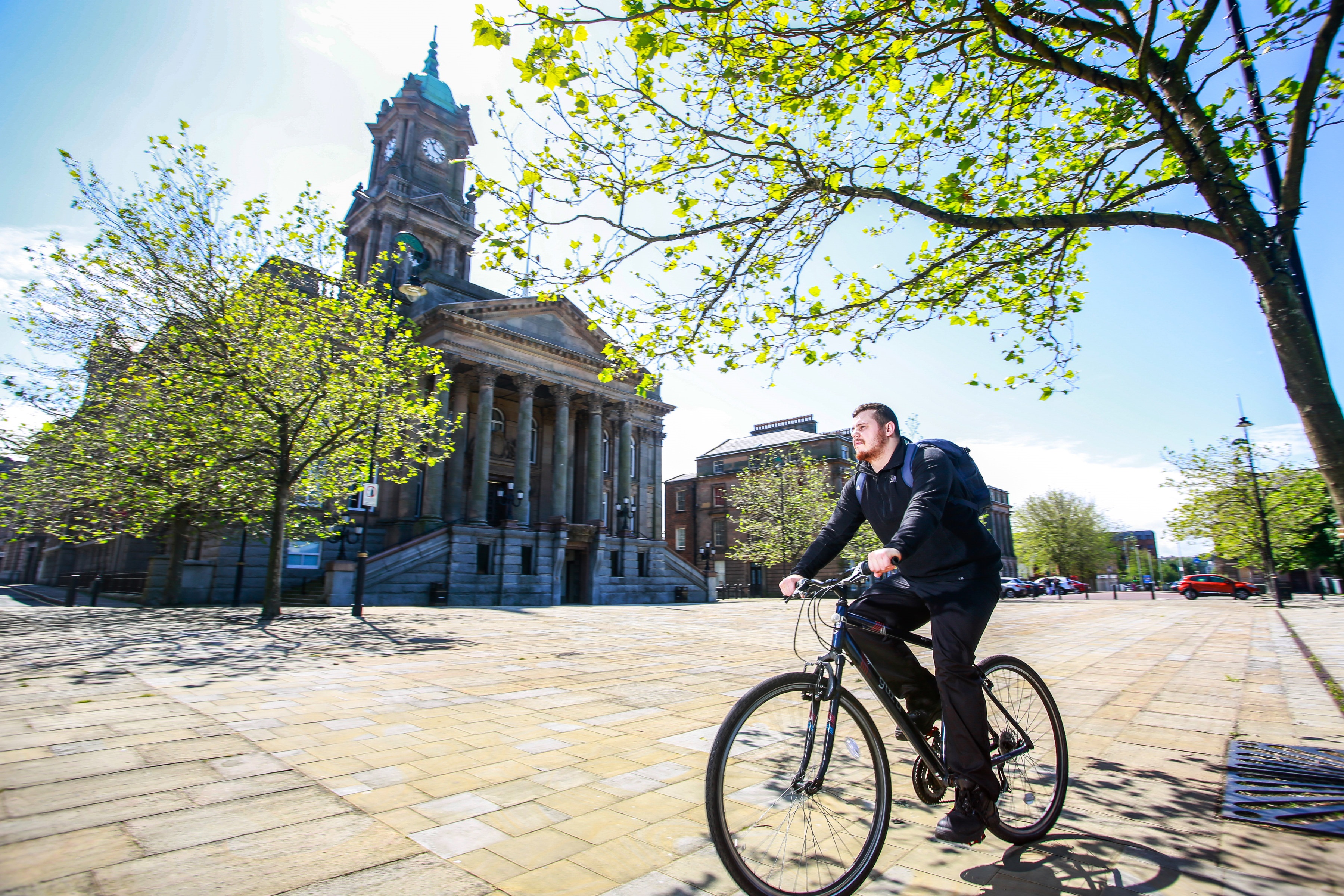 Metro Mayor Steve Rotheram and Liverpool City Region Cycling and Walking Commissioner Simon O’Brien have today (Thursday 21 May) committed to the acceleration and broadening of the city region’s cycling and walking scheme, with investment to rise from £16m to more than £30m.

Pop-up cycle lanes, expanded footpaths in key locations to support social distancing and the installation of new secure bike storage at key locations like hospitals, work places and around rail and bus stations are amongst measures to be introduced as quickly as possible.

New temporary cycle and foot paths will also be reallocated from existing road space – a measure supported by 7 out of 10 of people across the city region, including motorists, according to research by cycling and walking charity Sustrans.

The announcement expands on the £16m already invested in the first phase of a network of 600km of new and improved walking and cycling routes, which was announced last autumn. As part of this programme, key priority routes across the city region have already been identified by the Combined Authority and local authority partners.

£30.7m is now being pledged to building and upgrading cycle-ways and footpaths across Halton, Knowsley, Liverpool, Sefton, St Helens and Wirral.

The plans also include increased funding for cycle training and repairs as well as bike loan and grant schemes to help more people out of cars and public transport and onto bikes.

Since lockdown began in late March, there has been a surge in people cycling and walking for daily exercise and essential journeys, with 6 in 10 of people telling a Combined Authority survey that they expect to continue walking and cycling more even once restrictions are lifted.

Walking and cycling are seen as crucial to helping reduce the demand for public transport in the region as social distancing measures significantly reduces the capacity of trains and buses and people are asked to rethink how they travel. They also have a proven positive impact on mental and physical health and wellbeing.

“This week, we started our “Rethink Travel” public information campaign asking people to think carefully about how and when they travel.

“Strict social distancing measures will mean that space on our buses, trains and ferries will continue to be greatly reduced and we all have a civic responsibility to help keep public transport available for those who need it most by rethinking if we really need to travel and when and how we do so.

“Over the last few weeks, we have seen many more people choosing to cycle and walk for exercise and essential journeys. The opportunity to re think active travel options is something that has come out of this crisis. So, instead of just jumping back in our cars, we are asking people to keep cycling or walking; it could even become your new commute to work.

“That’s why we are expanding and accelerating our commitment to creating an active travel revolution in the city region. By working closely with local councils to build temporary cycle routes, footpaths and cycle parking we can help people to cycle and walk more safely and also help to remove the barriers people face by supporting schemes to help them get hold of bikes and use them safely.”

“Whilst we ramp up our programme locally, we will also need further government support. So, I’m calling on the Government to bring forward the £250m immediate funding announced earlier this month as quickly as possible so that we can push on with this vital work.”

“By cycling and walking more, we can all play our part in taking pressure off our public transport services, which will continue to have greatly reduced capacity due to vital ongoing social distancing measures. And, unlike jumping in the car, it helps reduce congestion, has massive health benefits in itself and helps protect health by keeping the cleaner air that we have started to enjoy.

“The measures we’ve announced will make it easier for people to decide to keep using their bike to go down to the shops or commute to work, as well to take a walk to explore their own part of our amazing city region.

“This virus has taken a terrible toll on our city region, but we now have the opportunity to look at how we can change things for the better in the future – and travelling more by cycling and walking will be a big part of that.”