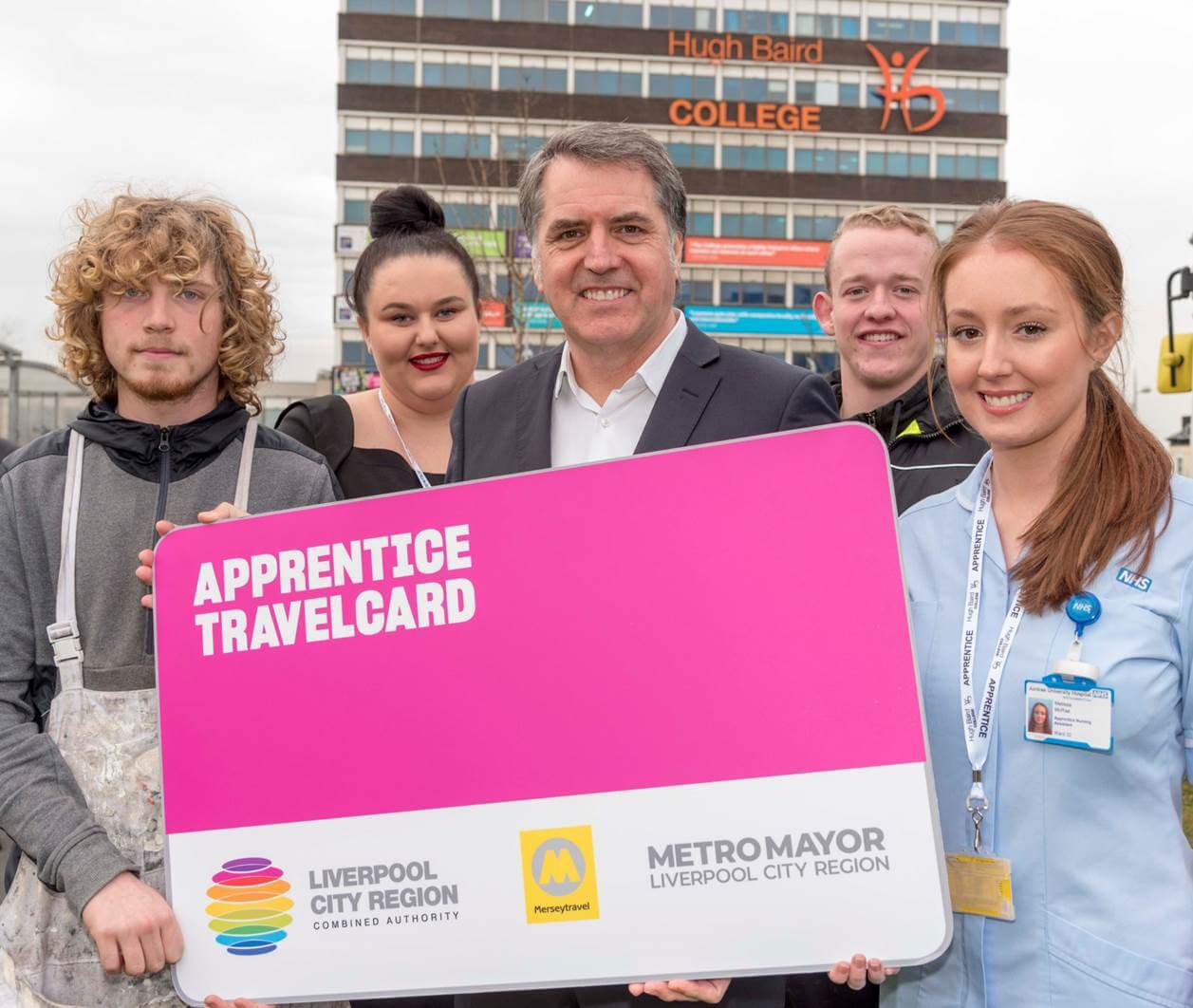 The Apprentice Travelcard will give all those on apprenticeships aged 19-24 half-price bus travel across Merseyside, in line with the great affordable fares 16-19 year olds already enjoy.

Announced earlier this year by Liverpool City Region Metro Mayor Steve Rotheram alongside Bus Alliance partners Stagecoach, Arriva and other Merseyside bus operators, the Apprentice Travelcard is aimed at removing one of the main barriers to entry for young people wanting to start apprenticeships – access to affordable transport.

The Apprentice Travelcard will allow holders to purchase weekly and four-weekly passes in line with great value Solo fares for under-19s, allowing unlimited travel across the Merseyside bus network and potentially saving users more than £400 a year.

The roll-out comes just a month after the Metro Mayor launched a ‘Big Bus Debate’, a large-scale public conversation about the bus system in the Liverpool City Region and how new devolved powers could be used to drive improvements in service and give greater control to passengers.

Holders of the Apprentice Travelcard must be enrolled participants on registered apprenticeship schemes. Application packs are available from training providers and at Merseytravel Travel Centres, further details are available at https://www.merseytravel.gov.uk/apprentice

“Apprenticeships are a vital pathway to work for young people across the Liverpool City Region, leading to skilled and well-paid jobs.

"But we know that the cost of travel has been putting some off taking-up apprenticeship opportunities. That’s why I’m so pleased that we’ve been able to introduce this scheme which could save hundreds of pounds a year for apprentices under the age of 25.

"More than £40 million of recent investment means that we have one of the best bus fleets outside of London, whilst the bus system itself is seeing strong growth in passenger numbers and consistently excellent customer satisfaction ratings.

"We know we can do better though, and the introduction of the Apprentice Travelcard is another important step towards creating an affordable, 21st century public transport system which works for all the people of the Liverpool City Region.”

“At Hugh Baird College we welcome the introduction of the Apprentice Travelcard.

"Many of our apprentices couldn’t get to their placements without using the bus, so a scheme like this which so significantly reduces the cost of travel has the potential to make a real difference to the young people enrolled here.”

“Making bus travel easier and more affordable for young people has been a top priority for Merseytravel, with the result that use of the bus system by those aged 16-19 has risen by a very impressive 168%.

"Already young people in the Liverpool City Region have access to some of the best bus ticket deals in the country, with tickets and passes allowing unlimited travel for a single low fare.

"To be able to extend the provision of reduced fares to those undertaking apprenticeships is fantastic, and will hopefully help to remove an obstacle to under-25s looking to enter training schemes.”

“We’ve worked closely with Merseytravel and the Liverpool City Region to deliver the new Apprentice Travelcard and are delighted to see it launched today. We hope that it will help open up new opportunities for young people across Merseyside.

"As we move forward, we are pleased to see bus travel being given the level of priority it deserves by the Metro Mayor and are committed to taking part in the ongoing debate about how we can make travelling by bus in the Liverpool City Region the best it possibly can be.”