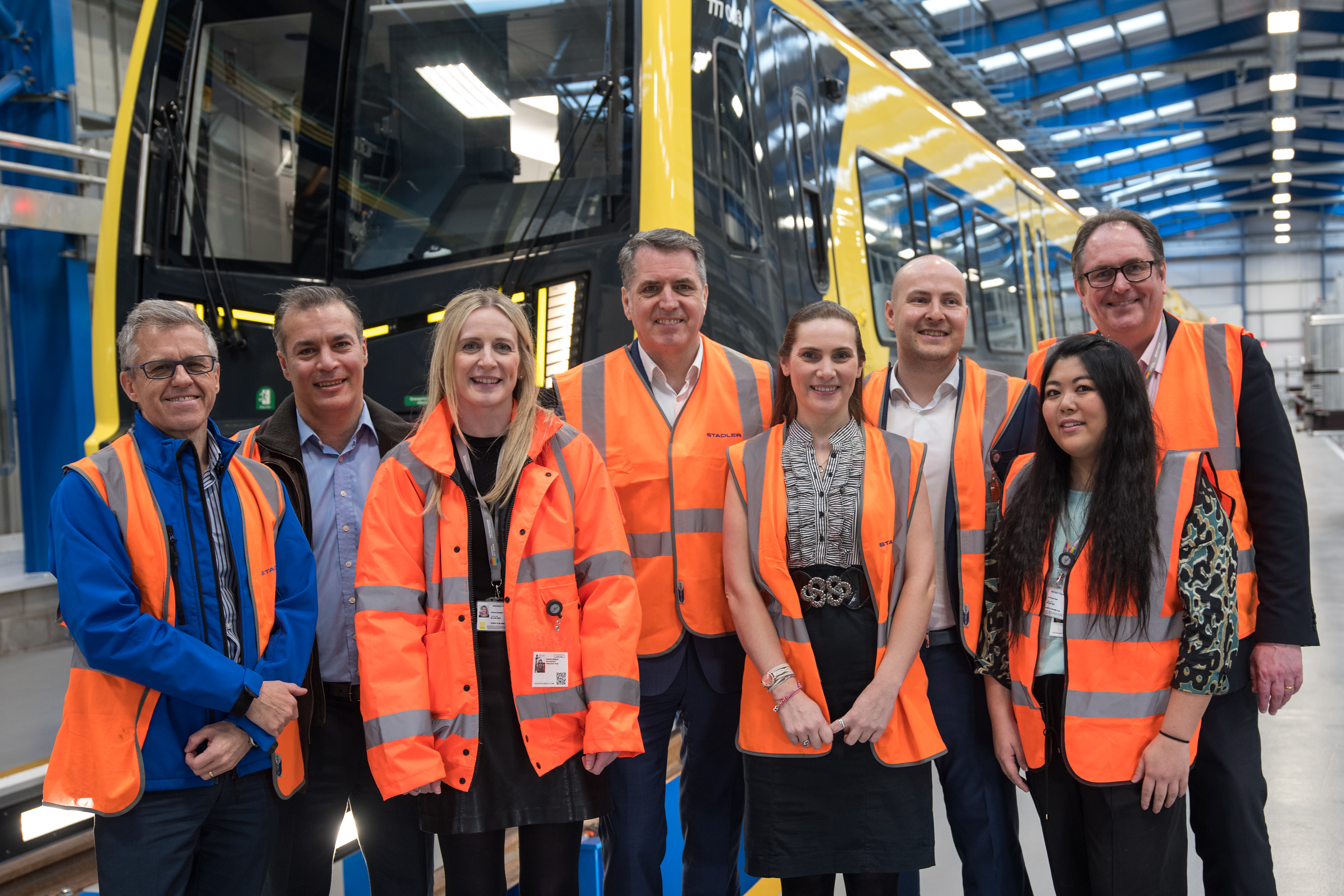 Metro Mayor Steve Rotheram has welcomed the first of the brand-new, publicly owned trains for the Liverpool City Region ahead of their roll out later this year.

The train was unveiled at a newly redeveloped Stadler rail depot in Kirkdale – bringing jobs and apprenticeships to local people – where it will undergo testing.

The new Class 777 train has travelled from Stadler’s factory in Switzerland to its new home in Liverpool City Region. It is the first of 52 trains to be delivered over the course of the next year.

The trains have been designed specifically for the Merseyrail network, so they need to go through thorough testing to make sure they are ready for passenger service, including trials of their energy consumption, noise levels and testing how they work with signalling and other infrastructure.

Once testing is complete, the state-of-the-art fleet will be gradually introduced across the Merseyrail network’s Northern and Wirral lines. Passengers will be provided with more information on the roll out of services later this year.

The trains will replace the current fleet, which has been running for almost 40 years, among the oldest in the country. They are part of a half a billion-pound programme of investment in the Merseyrail network, which will help create 1000 new jobs and boost the local economy by more than £70 million a year.

Unlike other fleets in the UK, which are leased from private companies, these will be publicly owned by the Combined Authority, and have been designed around the needs of local people.

Key features of the new trains include free Wi-Fi, more cycle storage and wider seats. They will also feature pioneering sliding step technology, which will allow unassisted access for wheelchair users and those with bikes or buggies – a first for the UK.

The new trains will also carry up to 50% more passengers and have bright, open carriages and live digital CCTV for added security.

The Combined Authority has also approved funding to fit the trains with batteries that could allow them to travel beyond the current network to new destinations including Widnes, Skelmersdale and Warrington.

Mechanical testing as well as driver and staff training will be taking place across the Merseyrail network, so passengers may spot the new trains over the next few months.

“I’m delighted to welcome the first of our brand-new trains – owned by us the public – to the Liverpool City Region. These state-of-the-art-trains are the most accessible anywhere in the country and they will help make our rail network fit for the 21st century.

"They form a key part of my ambitions to build a London-style integrated transport system for our area, along with a 600km network of walking and cycling routes and improvements to our bus service, which we’ll be making further announcements on next month.”

“The arrival of the first of these innovative new trains is a significant moment for the Liverpool City Region.

"These trains, purchased by the Liverpool City Region Combined Authority, and fitted with pioneering technology and features throughout, will transform the rail offering in the region and we look forward to being able to welcome passengers aboard later this year.”

“We are very pleased to see the arrival of this first train in Liverpool. It’s a highly significant moment for Stadler in the UK, and particularly for our team in Liverpool, who will support the fleet throughout its life.

“Over the next few months, we will carry out a programme of comprehensive testing on this train to ensure that from day one, it is safe and reliable. Our colleagues at Merseyrail and Network Rail will support us in this process.” 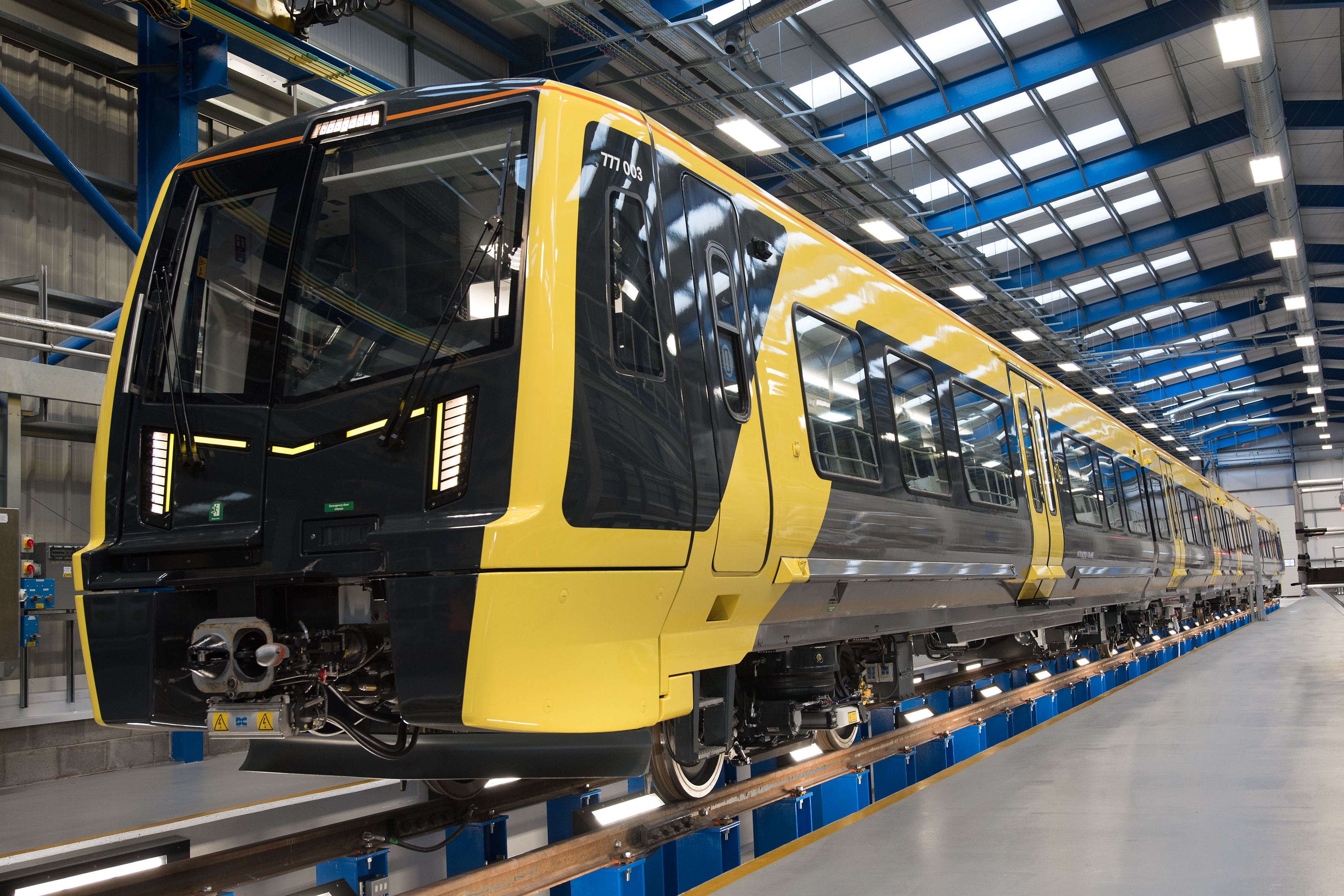 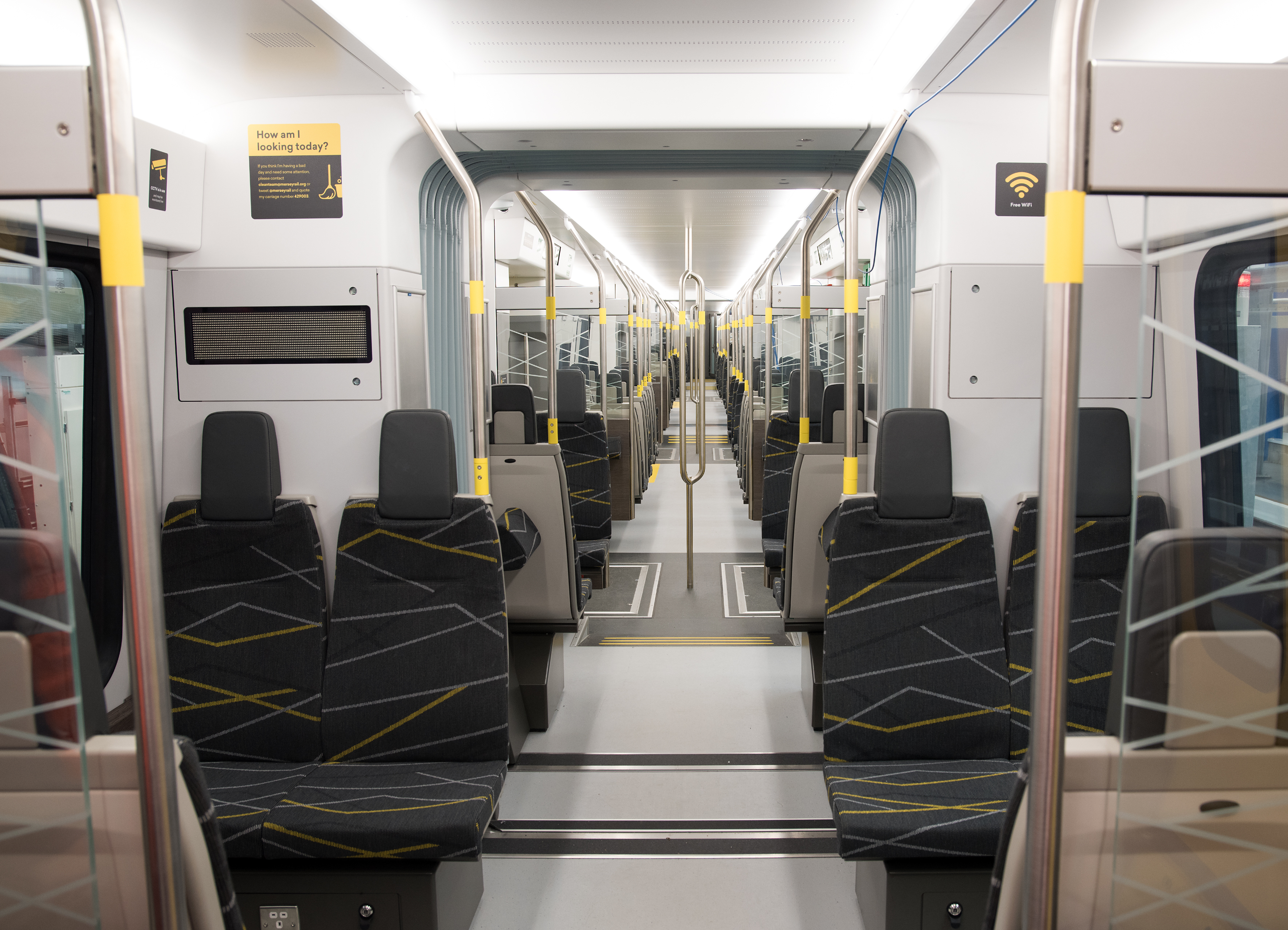