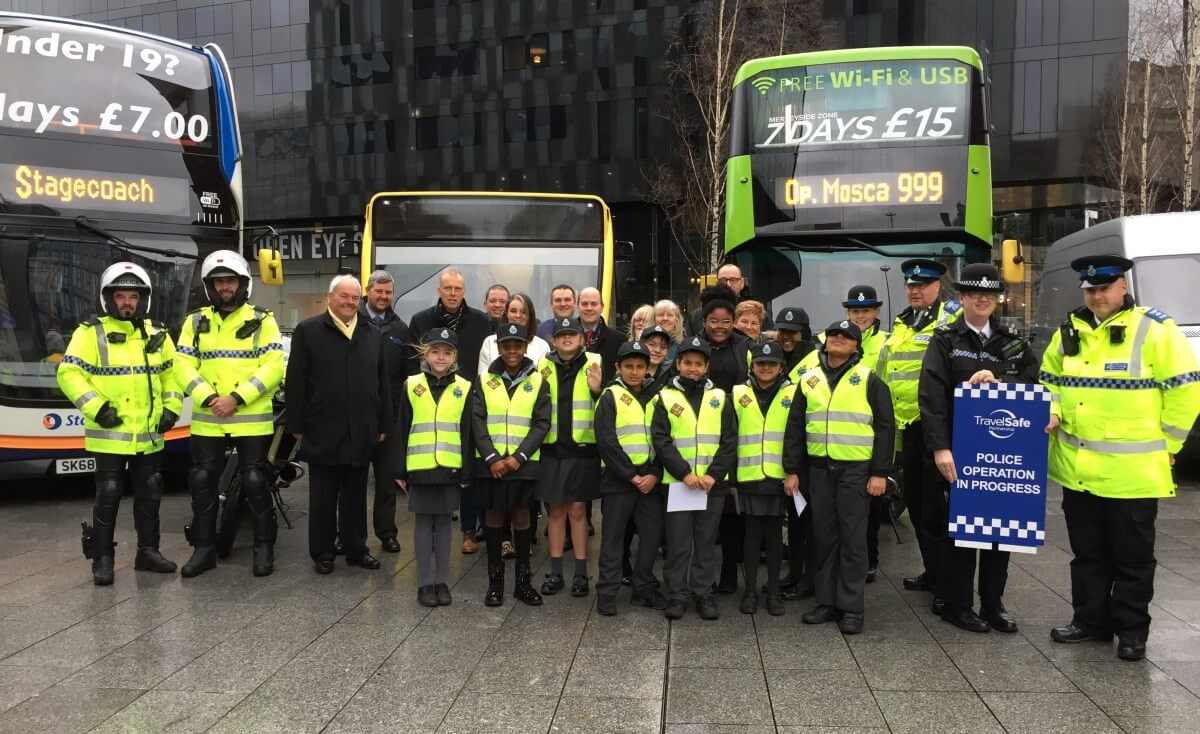 Pupils from Windsor Road Primary School joined forces with Merseytravel’s ‘Travel Safe Partnership’ to highlight the dangers of parking illegally and how it can cause problems for passengers, particularly those in wheelchairs, people with pushchairs, people using walking aids and also people with hidden disabilities such as dementia or autism.

Motorists spotted parking illegally in bus stops were invited on-board a bus to meet the pupils, a magistrate and a representative from People First Merseyside in a ‘court’, who explained the consequences of parking illegally.

Parking in a bus stop carries a heavy fine, with magistrates empowered to award a fine of up to 100 per cent of the offender’s weekly wage and three points on their licence.

The operation named MOSCA, is a TravelSafe Partnership between Merseyside Police, Arriva, Stagecoach and Cumfybus, to educate motorists on the dangers of parking in a bus stop, to keep public transport flowing and to support disability support networks around Merseyside.

Top hazards which are caused by illegal parking at bus stops include:

"This is an excellent initiative which we believe is having a significant impact on parking illegally at bus stops, which is dangerous, inconsiderate and inconvenient. Working alongside Merseytravel, we can and will change this unacceptable behaviour.

"We are so proud of our Mini Police officers and all of the positive work they do across our communities.

"And when they speak to you about your illegal parking, speeding or any other bad behaviour, you won’t forget it!"

"I was struck by the impact that the children made on the motorists, who seemed genuinely moved by what they heard about the dangers of parking in bus stops.

"It’s easy for people to think they’ll just stop for a few minutes and it won’t matter, but it’s in those few minutes that a serious incident could be caused."