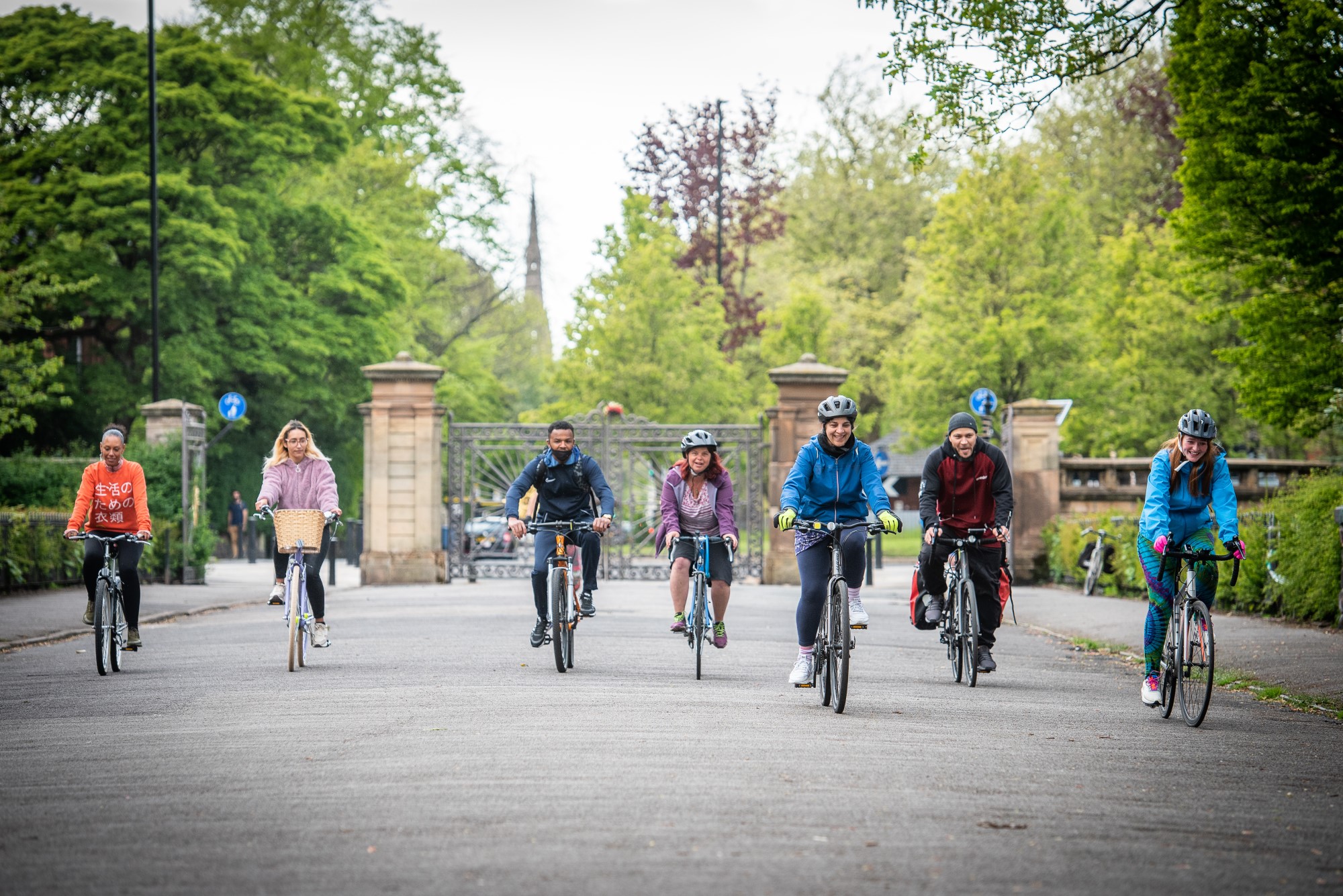 A major new study of walking, wheeling and cycling in the Liverpool City Region has shown that 69% of people support low traffic neighbourhoods.

The findings are being released just one week ahead of the Liverpool City Region’s first Active Travel Summit, which will bring together activists and experts to discuss the future of walking and cycling in the region.

The Index, formerly known as Bike Life, includes an independent survey of 1,297 residents aged 16 or above in the Liverpool City Region, as well as updates on local walking and cycling developments. Interviews were carried out during summer 2021 following the lifting of Covid travel restrictions.

The report showed that walking and cycling prevents 3,552 long term health conditions and saves 51,000 tonnes of greenhouse gases in the Liverpool City Region.

The report shows significant support for all measures that help more people walk, wheel and cycle their regular journeys.

Nearly three quarters of respondents say wider pavements (73%) and more frequent road crossings with reduced wait times (74%) would encourage them to walk or wheel more, while 84% agree more parks, green spaces near to their homes would help.

While only 5% of people cycle their regular journeys, there is huge potential for cycling as a form of transport if conditions were safer and easier for everyone - only 38% of people think cycle safety is good on their streets.

Almost a third of people (30%) of people say they don’t currently cycle but would like to. This rises to 45% of ethnic minority groups and 31% of disabled people.

Proximity of local services and amenities also prevents people walking and wheeling, as only just over half of respondents (53%) agreed they could easily get to many places they need to visit without having to drive and 82% wanting to see more everyday shops and services close to where they live.

“We’re investing millions into active travel infrastructure to make getting around our city region safer and easier than ever before. The £16m we’ve injected into our walking and cycling network will better connect these routes to the rest of our transport network - making travelling across the Liverpool City Region faster and more reliable.

“It’s a massive part of my ambition to build a London-style transport system in our region that makes getting around as cheap, quick, green and reliable as possible. I want to provide people with a genuine alternative to the car that doesn’t just take them from A to B – but that benefits their health - and our environment - too.

“The better we can encourage people to walk or cycle, the more we can cut congestion on our roads – which is vital if we’re to reach our target to be net zero by 2040 - at least a decade before national government targets. It’s a bold ambition – but I believe if anywhere is capable of achieving it, then it’s the Liverpool City Region.”

“The evidence is clear – walking, wheeling and cycling are the most popular forms of urban transport in Liverpool City Region, but many more groups of people could benefit if conditions were improved. Walking and wheeling have significant benefits for our health and economy and there is huge untapped potential to help more residents choose these healthier, more environmentally-friendly forms of transport.

“Residents overwhelmingly support measures to help more people walk, wheel or cycle their journeys. They welcome developments in active travel throughout the region and are keen to invest more public funds to make it more widely accessible for everyone.

“People want to see safer streets with less traffic. They don’t want outdated and unmaintained pavements, crossing points that make walking and wheeling unsafe or inaccessible, and vehicles parked on pavements getting in their way.”

Director of Sustrans for the North of England

“The importance of this report cannot be overstated. Building on the foundations of the last Bike Life report, it tells us not only are there are lots of people in the Liverpool City Region who want to walk and cycle more but also that they back our approach to building new routes, reducing car traffic and bringing down carbon emissions.

“If we are to truly take on the enormous challenges of the climate emergency, a public health crisis, air pollution, congestion, mental health and overall quality of life we have to work hard and at serious pace to make taking journeys by bike or on foot safer and more convenient – and this document shows us that local residents are behind us.”

Cycling and Walking Commissioner for the Liverpool City Region

The results also showed that men are more than twice as likely (22%) than women (10%) to cycle at least once a week, while less women think cycling safety is good (36%) in comparison to men (41%). Only 18% of households are within 125m of a cycle route typically considered to be safer, such as protected cycle tracks or traffic-free cycle routes.

Sustrans research included more than 23,000 people in the UK as part of the biennial Walking and Cycling Index. Data from 17 cities and areas across England, Scotland, Wales and Northern Ireland is representative of a total population of nearly 12 million people.