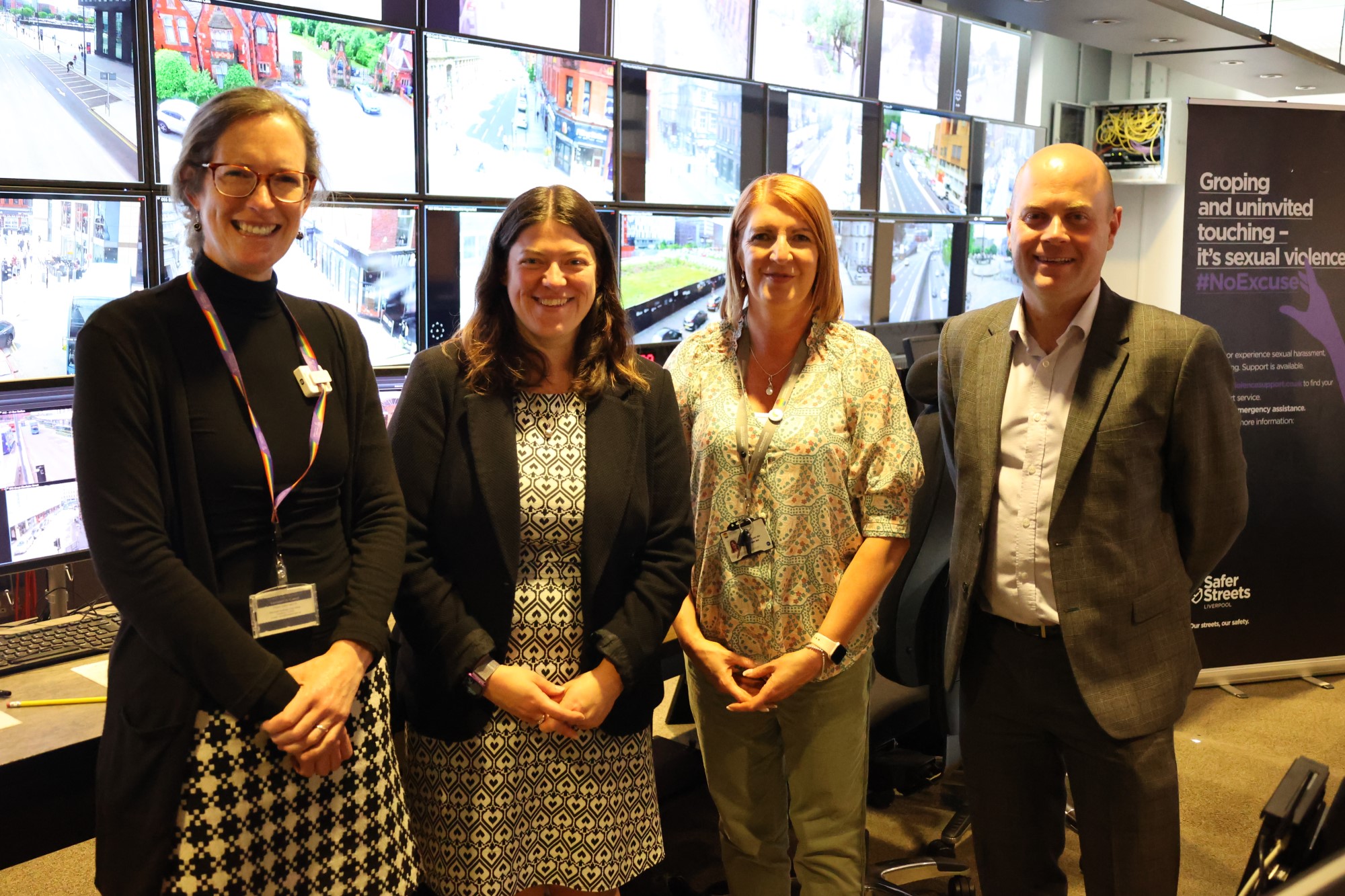 A text message service enabling women and girls to report sexual violence on the bus network is being launched as part of the Safer Streets Liverpool campaign today.

This new service will enable anyone who sees or experiences unwanted attention or sexual harassment while travelling by bus to report it discreetly and safely to the TravelSafe Partnership by texting SAFER to 65007, providing details of the incident including the date, time, location and route number, if it’s known.

Using their extensive CCTV system on buses and at bus stations, control room staff will then be able to monitor the behaviour, identify where sexual harassment and violence is taking place, and work with the police to bring perpetrators to justice.

This new text message service was specifically requested by young people, who said they felt this would be the method they would feel most comfortable using to report behaviour which made them feel unsafe.

“I want our city region to be a place where women feel safe on public transport at any time of the day – but I know we’ve still got a lot of work to do to get us to that point.

“It’s great to see practical steps being taken to amplify women’s voices with a support system that allows them to report their concerns in confidence. Everyone has a part to play in making our public transport safer; which is why it’s also incumbent on men to listen, to moderate behaviour and to think about what we can do to help make public spaces safer for everyone in our community.”

“It is totally unacceptable that many women and girls don’t feel safe using our public transport network, particularly at night. Through our Safer Streets Liverpool campaign, we are doing everything possible to respond to their concerns to make them feel safer and be safer.

“One of the clear messages that came out of our focus groups was that young people in particularly wanted to be able report behaviour that made them feel uncomfortable and scared safely and discreetly by text.

“We listened closely to their views, and I’m pleased this text message service is going live today making it as easy as possible for people to report any unwanted sexual behaviour they see or experience without drawing attention to themselves.

“By telling us where and when unwanted sexual behaviour is happening, women and girls who use this service will help us to identify offenders and take appropriate action to tackle this behaviour, making our public transport network safer for all.”

“Nobody should have to encounter inappropriate behaviour and Safer Streets Liverpool is aimed at making sure women feel safe on public transport.

“As a city, we’re determined to do as much as we can to highlight and tackle violence against women and girls.

“The new text message service makes reporting issues very simple and is extremely discreet. I hope that it gives women confidence that we are putting in place practical measures to help identify those responsible and change their behaviour.”

“Merseyside Police welcome the launch of the text message service, which offers a simple way to report any incidents of unwanted attention or sexual harassment discreetly and safely on our region’s bus network.

“It is important that, as a partnership, we do as much as we can to give women and girls the confidence to report behaviour which makes them feel unsafe and provide them with support.”

Safer Streets Liverpool is a two-pronged campaign, putting in place practical measures to prevent and tackle sexual violence on the public transport network, while also increasing awareness and education about the types of behaviour no woman should have to encounter and how to report it.

Launched in March, the campaign has already delivered:

For more information about the campaign please visit www.saferstreetsliverpool.com