Statement regarding the 61 bus service 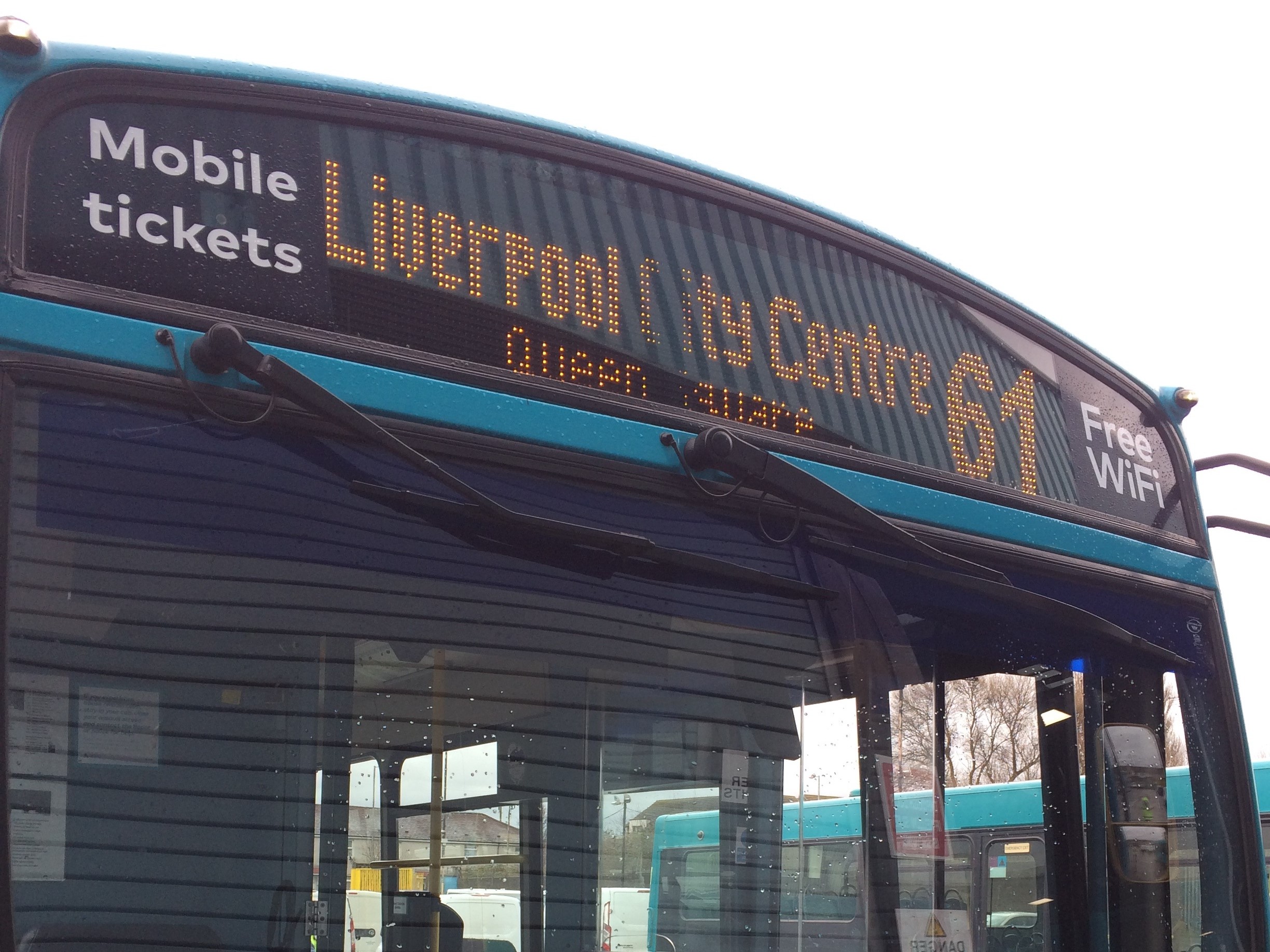 The Combined Authority and Arriva have today announced that the former Halton Transport 61 bus service will once again run in to Liverpool City Centre.

The 61 route formerly operated by Halton was partially picked up by Arriva, but started/terminated at Broadgreen and did not continue to/from the City Centre.

Over the past week Metro Mayor Steve Rotheram and Cllr Graham Morgan, Leader of Knowsley Council, have been working on behalf of local residents to ensure that the service would still run along the entirety of the former route.

Arriva have now agreed to run the service from Halton Hospital into Liverpool City Centre beginning on Monday 3 February 2020.  Passenger use will be monitored closely to evaluate the long-term sustainability of the route.

“Last week I stepped in and took action to ensure that no school children would be left stranded by the demise of Halton transport.

"Since then, we’ve been listening to the concerns of local residents and working closely with Cllr Graham Morgan, Knowsley Council and the bus operators to try and find a solution.

"I’m glad that Arriva have restored the service into Liverpool City Centre and would urge local residents to use the service to maintain it moving forward.”

“Having access to reliable public transport is a key priority for our residents and something that we know is so important for the future here in Knowsley.

"As soon as we became aware of the situation with Halton Transport we began discussions with Metro Mayor Steve Rotheram and colleagues at the Combined Authority to find a solution to the potential discontinuation and changes to the 61 service.

“I am pleased that my representations to the Metro Mayor were met with a willingness, from him and colleagues, to join forces to tackle this issue head on. Taking swift and decisive action has enabled us to find a solution and protect this important service.”